The award recognizes retail and manufacturing carriers and shippers that demonstrate how their logistical operations make a measurable difference in reducing carbon emissions. 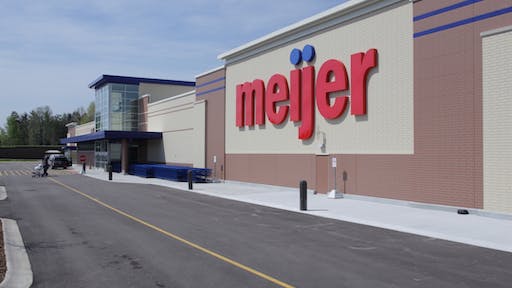 Midwestern supermarket chain Meijer has been recognized as the first SmartWay Excellence Award winner to achieve the distinction as both a shipper and a carrier by the U.S. Environmental Protection Agency (EPA).

Meijer has been recognized as a SmartWay award recipient in the past—as a shipping partner in 2017 and as a carrier partner in 2007.

The SmartWay Excellence Award is the EPA’s highest recognition. The award recognizes retail and manufacturing carriers and shippers that demonstrate how their logistical operations make a measurable difference in reducing carbon emissions, while also effectively managing fuel costs as they move goods around the country. SmartWay Excellence Awardees lead their industries in improving freight efficiency and contributing to cleaner air within their supply chains.

“On behalf of the hard-working men and women that make up our logistics team here at Meijer, we are elated to receive such a distinct honor by the EPA’s SmartWay,” says Tom McCall, vice president of logistics for Meijer. “Our team members are driven to constantly monitor and improve the efficiency of our fleet with the mission to minimize our carbon footprint in the communities where we do business.”

Meijer operates a fleet of 250 semi-trucks that cover more than 25 million miles each year. It has also built a clean diesel fleet and invested in energy efficiency within its retail operations, including its commitment to retrofit each of its more than 240 retail locations with LED lighting by 2021. Meijer says the change will reduce its lighting electrical use by as much as 50 percent annually.

In addition, Meijer is constantly monitoring the emissions from its refrigerated trailers. All refrigerated units are programmed with “cycle sentry," which automatically regulates the engine as refrigeration is needed. This technology, Meijer says, enables it to realize a fuel savings of nearly 80 percent, increase the life of its engines and reduce maintenance costs.

The Warehouse of the Future: WITRON’s OPM Technology at Meijer

Meijer to Roll Out Home Delivery across the Midwest

The goal is to improve the global food supply chain’s carbon imprint, reimagine industry processes that have historically led to food waste and quickly redirect food to be distributed to communities around the world.
Lineage Logistics, LLC
October 28, 2021
Follow Us