It draws on data collected by 97 food, beverage and tobacco companies on behalf of 822 institutional investors that represent over a third of the world’s invested capital. 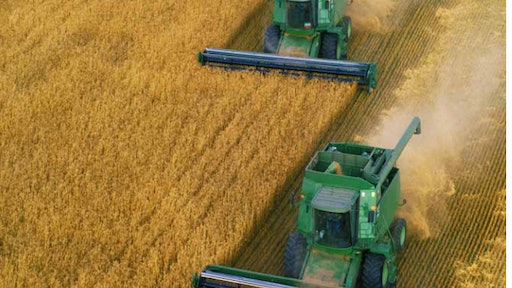 “The forgotten 10%: Climate Mitigation In Agricultural Supply Chains,” released recently, looks at how some of the most recognizable household brands are managing climate change. It draws on data collected by 97 food, beverage and tobacco companies on behalf of 822 institutional investors that represent over a third of the world’s invested capital.

With emissions from agricultural production responsible for 10 to 14 percent of global GHG emissions, the lack of data from companies on this area suggests that at least 10 percent of global emissions are being unaccounted for. Companies in this sector must widen their focus beyond their direct operations to realize the significant opportunities from working with suppliers to cut emissions.

There is clear business imperative for these companies to act. Over a third of the 97 brands disclosing to CDP report lower costs from implementing climate change-related agricultural management practices. Furthermore, well over three quarters of the reported climate-linked agricultural practices resulted in two or more benefits for farms and their suppliers, such as soil quality improvements, water savings and yield increases.

The agricultural sector is a major contributor to climate change, coming just behind the energy sector in its impact on global emissions. It is also one of the most at risk: over 90 percent of companies tell CDP that their business is vulnerable to physical climate change impacts.  Increasing extreme weather events and droughts – including the drought in California, which is costing the agricultural sector over US$2 billion and counting – brings home the reality that these brands must move now to secure their future financial viability.

“Collaboration with stakeholders holds the key for brands seeking to unlock opportunities to become resilient to climate change,” says Frances Way, co-chief operating officer, CDP. “Our data shows that companies who engage with one or more of their stakeholders are more than twice as likely to see returns from emissions reduction investments as companies that don’t.”

Brands will have to work with their suppliers to uncover this specific but significant area of emissions. The good news is that companies are heading in the right direction: the majority of these major brands say they are engaging suppliers on managing climate change.  Seventy three reported doing so in 2015, compared to 64 in 2013.

SABMiller – the world’s second largest brewer by revenue – reports for example achieving average carbon dioxide equivalent reductions of 16 percent over the past four years by working with their barley farmers to improve irrigation and fertilizer techniques.

Coca-Cola HBC AG, Dairy Crest Group, Danone, Kellogg Co., Nestle and Unilever are identified as being ahead of the pack for their approach to climate mitigation in their agricultural supply chains. These companies have not only disclosed their agricultural emissions over the past two years, they have also reported on implementing agricultural management practices with climate change-related benefits.  French food giant Danone says engaging suppliers on reducing carbon dioxide emissions is “a key opportunity to cut cost while building the equity of our brands and of our company,” and also creates value for their suppliers.