Net farm income will drop to $58.3 billion from $91.1 billion in 2014, marking the largest percentage decline since 1983, including when figures are adjusted for inflation. 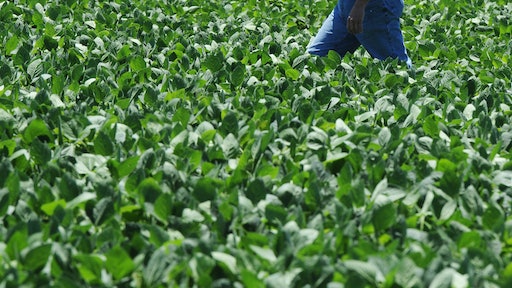 Neal Bredehoeft of Alma, Mo., in Lafayette County, walks through a field of soybeans checking it for signs of threatening insects or disease.

U.S. farm incomes will decline 36 percent this year to the lowest level in nine years, the U.S. Department of Agriculture projected Tuesday, reflecting a continued slump in crop prices and recent weakness in the dairy and hog markets, The Wall Street Journal reported.

Net farm income will drop to $58.3 billion from $91.1 billion in 2014, marking the largest percentage decline since 1983, including when figures are adjusted for inflation. The projected decrease would mark the second consecutive drop after incomes reached nominal record highs in 2013, according to the USDA.

The USDA revised lower its February estimate for a 32 percent decline in farm income, mainly due to a diminished outlook for livestock farmers. The government said their revenues could drop more than 9 percent, wider than its February forecast for a 5 percent decrease, because of lower milk and hog prices.

The softening outlook for farm incomes comes amid a continued downturn in the U.S. agricultural economy triggered by record corn and soybean crops in the past few years. U.S. growers this autumn are expected to produce bumper harvests again, which has kept prices depressed for the two commodities.

Editors Insight: Financial pressure on farmers crimps their ability to invest in technology that could allow them to operate more efficiently. Some of this technology – such as enterprise software that allows early reports on yields and product quality, drone monitors and self-driving tractors –  would allow farmers to better forecast production. Which in turn allows other players in the food supply chain to plan inventory needs more accurately.

The situation won’t improve any time soon, given the hit that all U.S. exports are expected to face as a result of China’s currency devaluation.

This is not happening at a good time for farmers, given the pending safety requirements they will face under the Food Safety Modernization Act.