NFI notes Greenpeace is a “multinational behemoth” with a $300-million a year operating budget that has spent a grand total of zero dollars on tuna science, yet continues to use tuna as a poster child for its fund raising efforts. 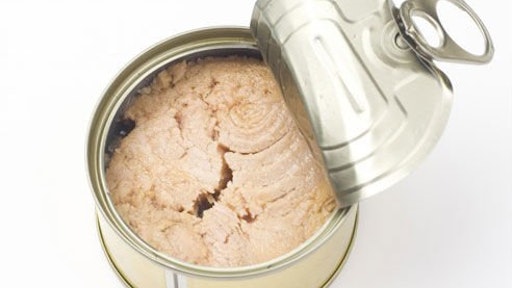 The National Fisheries Institute (NFI) claims Greenpeace has released a new fund raising campaign designed to rank U.S. canned tuna companies and solicit donations from supporters. The list itself follows the model Greenpeace has used for years: rank companies based on a system for which the scoring methodology is totally arbitrary and hidden, then promote those rankings in the media—“rank’n’spank,” NFI claims.

“The non-scientific, non-transparent and completely subjective rankings are one of the thinnest offerings Greenpeace has ever promoted,” NFI claims. “While other annual ‘rank’n’spank’ campaigns have been largely dismissed as ineffective sideshows, with a target audience of donors and institutional supporters Greenpeace has at least made an effort to make those operations appear robust. This latest promotion is anemic at best.”

NFI advises the media to keep in mind that Greenpeace is the same group that refuses to join the International Seafood Sustainability Foundation (ISSF)’s ongoing dialogue about tuna sustainability. The Foundation, a partnership between global tuna canners (including Bumble Bee, Chicken of the Sea and Starkist), scientists and WWF, is the premier tuna conservation group, NFI claims. “Reporters and producers might find it odd that Greenpeace doesn’t even acknowledge a group whose mission is to undertake science-based initiatives for the long-term conservation and sustainable use of tuna stocks yet they will rank companies who participate in such group.”

NFI advises the media to research Greenpeace’s strategy and push for scrutiny on its unpublished methodology. It further urges the media to recognize the timing of Greenpeace’s fundraising pitches and the release of such rankings. “When you click to ‘add your name’ to what appears to be an online petition, notice two things: 1) Only the three top branded tuna companies are addressed in the ‘petition’ despite ranking fourteen 2) You are required to give them your name and email address to sign on – we encourage reporters to test this system and watch your inbox begin to fill up with donation requests almost right away.

NFI notes Greenpeace is a “multinational behemoth” with a $300-million a year operating budget. It has spent a grand total of zero dollars on tuna science, yet continues to use tuna as a poster child for its fund raising efforts.