Crisp plans to use the funding to expand its supply chain technology offerings and build the first truly open data platform connecting thousands of companies across the food industry. 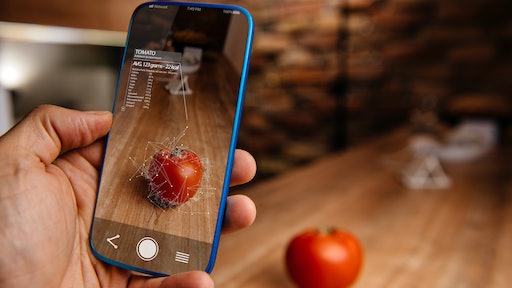 As supply chains struggle through the pandemic to produce, ship and stock critical food products, companies are racing to deploy technology that can leverage big data, create visibility across partners and better match supply with demand. To maximize on the market opportunity, Crisp announced the close of a $12M Series A round of funding led by FirstMark Capital with participation from investors including Spring Capital and Swell Capital. With the close of this round together with a previous seed round, Crisp has raised a total of $24M.

With rising customer demand and increasing market opportunities, Crisp plans to use the funding to expand its supply chain technology offerings and build the first truly open data platform connecting thousands of companies across the food industry.

To facilitate collaboration across the supply chain, Crisp is working with food companies including suppliers, producers, brokers, distributors and retailers to efficiently gather and verify data, integrate hundreds of disparate data sources, break down silos, analyze data, and provide recommended actions that result in less food waste and more profit.

The Crisp Data Platform connects to business data sources such as retailer and distributor portals. Crisp ingests complex sales data, standardizes it and delivers critical insights and alerts about sales, inventory levels, products, locations and more in order to optimize supply and demand.

In 2020, many grocery store shelves have been empty, yet food is being wasted at alarming levels. This paradox is the result of thousands of companies along the supply chain being dependent on an outdated, siloed data infrastructure.

“The pandemic has accelerated the need for us to modernize in a way that is open, flexible and collaborative. Crisp transforms the value chain by providing an open data flow to solve problems such as out-of-stock, shrink, on-shelf optimization and adaptation to changes in consumer demand,” said Are Traasdahl, CEO and founder of Crisp. “We appreciate the significant support of FirstMark who believe in the need to drive innovation in the food industry. This investment allows us to accelerate the value we bring to customers.”

“We invest in companies addressing significant global problems and whose founders are passionate about their mission. The team at Crisp—led by Are with whom we have had successful collaborations—aims to solve the critical problems facing the food industry that impact each and every one of us,” said Rick Heitzmann, founder and partner at FirstMark Capital. “The food industry has not yet experienced a much-needed tech revolution. The opportunity to lead that shift is enormous and we believe in this team’s ability to make a significant impact.”

“Crisp saves us a lot of time on a monthly basis,” said Kelli Lee, founder of Rowdy Bars, a prebiotic energy bar company. “If we had to do this manually it could be 20-40 hours a month, just inputting the data. With Crisp, it takes seconds.”