Devices are evolving to keep up with the ever-increasing introduction of specialized mobile-applications to facilitate food logistics. 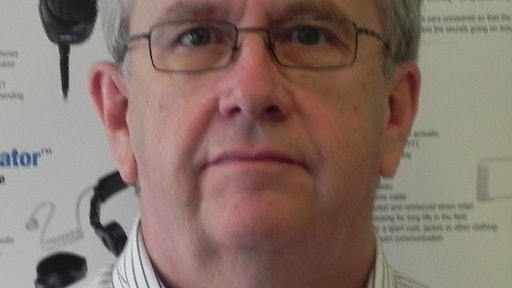 We’ve all heard the saying “there’s an app for that.”  Now devices are evolving to keep up with the ever-increasing introduction of specialized mobile-applications to facilitate food logistics.

Push-to-talk over cellular (PoC) has already impacted wireless communications and hardware development with the introduction of Bluetooth equipped two-way radios, transitional gateways for hybrid systems and smart phone adoption. Recently, we’ve seen a growing trend toward the use of mobile messaging apps among the food industry. Plus, with the addition of PTT accessories like those from Pryme Radio, which enhance audio clarity, offer hands-free convenience and discreet communications, more users are jumping on the PoC bandwagon.

The Internet of Things (IoT) has been the impetus behind most wireless innovations and will continue to be until another network technology surpasses it, or as some may fear, it reaches maximum capacity. Mobile apps are being developed daily to fulfill sector-specific needs and are easily accessible over internet (Wi-Fi) or broadband networks, as well as cellular, allowing extended reach and consistent connectivity.

There is a definitive benefit to using tools that serve more than one purpose. Luckily, there will soon be hardware devices that control multiple communication outlets at once, yet are smaller than ever before. Additionally, smartphones are becoming more ubiquitous in warehouses and other supply chain facilities as scanning tools. It only makes sense to capitalize on their voice capabilities optimized by mobile communication applications, allowing users to carry fewer devices.

The trend toward replacing two-way radios with smart phones has been on the rise. Still, some remain reluctant to convert. Consequently, manufacturers are creating devices that look exactly like radios on the outside, but really are 4G phones on the inside. It won’t be long before this transition becomes commonplace. In effect, it’s all just repackaging.

Ultimately, as software and network improvements prove to enhance productivity, efficiency and inventory control, you can bet every link within the food logistics chain will convert to the newly developed hardware devices that support them.

Apps for Every Job

Workplace mobile apps are already widely used in the food industry. Some use them on iPads to manage inventory, arrange delivery, stay connected with departments in different areas, etc. Apps such as Snappii help manage warehousing and deliveries, while Canvas customizes forms, creates surveys, lists, reports and more.

As the mobile app trend matures, eventually every supply chain and logistical operation will have dedicated applications. However, today’s cellphones, iPads and tablets may not always fit the bill for every environment. We are already seeing major manufacturers coming up with app-specific devices in some categories, and expect many more. Regardless of the industry sector, software designers will create apps to meet growing demands, followed by manufactures who will introduce hardware tailored to those apps but designed specifically for the end user’s environment.

Although new mobile applications are popping up daily, the trend toward consolidation and acquisition of software companies will continue to expand. App developers will introduce fresh programs as fast as they are absorbed. Thus, it’s extremely important for manufacturers to be nimble and react quickly to continue to meet their users’ needs.

At the rate things are changing, one of the only ways manufacturers will be able to stay relevant and meet end user requirements is to align with other companies to achieve a joint solution. The trend toward synergistic partnerships has expanded rapidly in recent years, and as new software and technologies arise, sharing the load will be an even greater necessity.  Another growing entry point for manufacturers are systems integrators, which allow vendors to compete in new arenas. PoC is a perfect example of the rising partnership frenzy—PTT app companies, network providers, LMR radio and smart phone makers now work together to keep up with end-user mandates.

Ultimately, it’s the end-users that drive future applications, which in turn inspire hardware and accessory innovations. Let’s call this the circle of technology.

The 8 Hottest Healthy Food and Beverage Trends for 2018

How To Prepare For A Warehouse Technology Upgrade

The volatility in gas prices continue to create challenges in delivery for both consumers and businesses alike. In the quest to conquer these hurdles, autonomous airborne drone delivery can slash delivery costs by 40%.
Flytrex
September 9, 2022
Follow Us