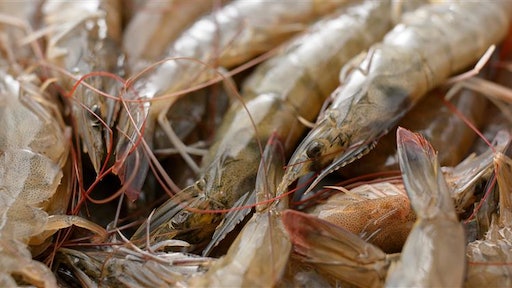 NaturalShrimp, Inc, an aquaculture company that developed and patented the first commercially operational Recirculating Aquaculture System (RAS) for shrimp, formally closed the acquisition for the assets of Alder Aqua, formerly known as VeroBlue Farms in Webster City, Iowa, including but not limited to the real property, equipment, tanks, rolling stock, inventory, permits, customer lists, contracts and other such assets used in the operation of the business.

Gerald Easterling, CEO of NaturalShrimp, commented, “This acquisition represents a watershed moment for both the Company and its shareholders. The state-of-the-art facility, alongside our other expansion project in La Coste, Texas provides NSI the resources and capacity to become the largest RAS shrimp producer in the country. This turnkey operation affords us the benefit of not only creating a facility that will produce thousands of pounds of shrimp per week, but also the opportunity to work with existing Barramundi distributors for an incremental revenue stream that could be effective in a relatively short time.”

Tom Untermeyer, Chief Technology Officer of NaturalShrimp, commented, “Closing on this facility provides us the ability to integrate our already patented electrocoagulation system technology with a technologically advanced commercial seafood operation. With 2,700,000 gallons of recirculating capacity and approximately 344,000 square feet, we are very encouraged that we will have the capability to produce the most natural shrimp in the industry at a rate not seen by other leading seafood producers.”

William J. Delgado, CFO of NaturalShrimp, added, “We could not be more pleased that we have formally closed this acquisition. The value proposition for this facility could not be understated. Not only do we have the benefit of adding this significant asset to our company’s valuation, more importantly, we firmly believe that this production facility will generate substantial revenue for our company. As important to these physical assets, we will be adding skilled personnel in all areas including production, operations and distribution.”

This partnership advances Turvo and project44's shared goal of a 360-degree digitalization of the supply chain.
project44
August 23, 2022

A million things have to go right in the supply chain and only one thing has to go wrong to cause a ripple effect of disruptions.
World Trade Centers Association
August 3, 2022
Follow Us