Warehouses Operating Without A Wire 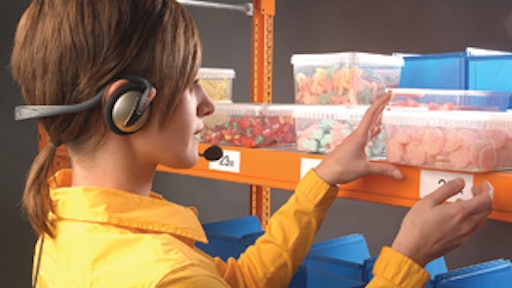 Dale and Thomas Popcorn makes and distributes gourmet popcorn products in a variety of flavors, including chocolate, peanut butter, butter toffee and walnut crunch, to name only a few of its two dozen-or-so taste alternatives.

In the past few years, the Englewood, NJ company has been experiencing tremendous growth as the demand for its products has moved to retail stores, in addition to its existing catalog and online sales.

The company needed a way to manage this growth, as well as its complex inventory needs. It needed to find a way to enhance its business processes, while at the same time maintain the highest quality popcorn and also ensure quick delivery.

The first part of the solution involved Dale and Thomas moving to a larger facility that incorporated 105,000 square feet of warehouse space, which would allow it to accommodate greater product volume. Next, to handle the flow of that product, the company decided to implement a more efficient inventory management system.

The backbone of this is a wireless, scalable, communications infrastructure installed in the facility by Siemens Communications, a Munich, Germany-based technology services company. This wireless infrastructure enables Dale and Thomas to effectively manage the arrival, storage and departure of items throughout its warehouse via a barcode tracking system.

"It all starts with the infrastructure," says Mike Maris, director of industry solutions for Motorola, Schaumburg, IL, "meaning the antennas that are incorporated into a facility's ceilings, which our equipment can communicate with."

These antennas are access points that connect to a central switch, which allows data collected by units such as Motorola's MC9000 handheld mobile computer, to be wirelessly connected to a host server via a facility's WMS system.

"801.11b is the standard radio frequency system used in the industry now. If you have that, you have the ability to run any RF devices on your wireless network," notes Bob Morgenroth, director of supply chain management for Retalix, the Plano, TX-based provider of software solutions for the food distribution industry. Its Power Warehouse WMS is designed to work in tandem with wireless network systems.

The access points in the ceiling take radio frequencies generated by wireless devices and relay them back to the WMS system in the main office.

Every facet of the warehouse's functioning--receiving, put away, replenishment and picking--can be carried out and reported back to the company's WMS this way. In addition, today's wireless warehouses are or will be using a variety of tools in conjunction with the wireless network, including RFID, voice, barcodes and mobile computing to get the job done.

Scanning Speeds Up The Process

"We run an application on some Intermec handheld devices, which runs through the wireless network and goes to our WMS product, which is RadioBeacon by Accellos," says Norm Steiner, manager of IT infrastructure for Dale and Thomas. "The work process begins when workers uncrate the product we've received--raw materials--and use the handhelds to scan it into inventory."

They also scan the rack location it's being stored in. All of this information flows through the air and goes back into Dale and Thomas' WMS system, which updates the inventory--the subtraction of raw material goods and the addition of the new popcorn product.

"Anyone in the office area can tell you that you have such-and-such product in such- and-such a rack. That way, if someone has to pick it two hours later, they knows exactly where to go for it," says Steiner.

Thanks to the wireless network, the company's warehouse workers are now freed up. They're able to roam the warehouse from one end to the other with their handhelds, invisibly connected to an application that allows them to move inventory around virtually as well as physically.

"If a facility has a WMS but doesn't have a wireless system, it's just writing information down on paper," notes Motorola's Maris. "Workers doing receiving are writing information on paper and keying it into the computer later on, or giving it to a data entry person to do. Meanwhile, if they've made a mistake in receiving it goes undetected."

Maris says this inaccuracy could be compounded in put away, in the case of a forklift driver who is putting inventory away in a storage rack based on where he thinks it should go, without knowing for sure it was put away correctly because it wasn't scanned and the system never had the opportunity to prompt the operator where to place the product. Working in a non-wireless warehouse makes inventory counting impractical as well.

"If you're operating in a non-wired warehouse and you're counting inventory, the possibility exists that you can go to an inventory slot and find that the inventory you're looking for isn't even there. You have no idea where it is," says Retalix's Morgenroth. "This is because a forklift driver has already obtained it from the pick slot, only you aren't aware of that fact, because you don't have a system that is constantly being updated in real time."

He says the real time aspect of operating in a wireless warehouse gives workers the ability to allocate and locate products much quicker. "The bottom line is, until it's received into the system that product is not saleable."

"Without the capability that our wireless network provides, our warehouse people would be running back-and-forth between computers all day. It would be an impossible situation," says Dale and Thomas' Steiner.

Many Voices, One Technology

In the wireless warehouse, different tools are beginning to work together to provide more comprehensive, more intelligent workflows. In particular, voice technology, which still plays a major role in directing workers where to go and what to pick, will become an even more valued component in the process as technologies move toward an inevitable convergence.

"Where the market is going for the wireless warehouse is that we're waiting for the device manufacturers to supply us with multimodal devices that can do multiple tasks. Now though, there's nothing available that will allow you to translate the data from both voice and an RF type signal," notes Retalix's Morgenroth.

"Right now, we have companies that use scanning in conjunction with our voice technology," explains Scott Yetter, CEO and president of Voxware, Hamilton, NJ, a company that provides voice-based warehousing solutions. "Our software application provides a dialog with the worker and data is an important part of that dialog. Scanning is one of those ways to get data into the application."

The unit uses voice to wirelessly direct the selector to a particular slot. The selector will then use the scanner to scan the outer case code. The information is sent wirelessly to the WMS and there's immediate validation as to whether or not the selector has picked the right item. The unit is also text-based, so the information provided by the WMS is shown on the unit's display screen.

Vocollect, the Pittsburgh, PA-based provider of voice-directed work applications is currently at work on a combined voice/RFID solution.

"The value of voice is the ability to efficiently direct work--to tell the worker where to go and what to do, but we've always relied on his feedback to make sure the work was done properly," notes Larry Sweeney, founder and chief customer advocate. "By having a worker wear a mobile RFID device on his belt, this gives us the ability to wirelessly capture what the worker has done."

The RFID device will automatically scan what's been picked and through RF technology, the WMS will have the ability to do verification and checking for accuracy in real time. Sweeney says the combination of these two wireless technologies will allow companies to close the loop, from a process standpoint, between data flow and the work process.

"Technology shouldn't dictate to you how to do things, because everyone does things a little bit differently," notes Voxware's Yetter.

He and other experts believe that the more convergence there is of wireless technologies in the warehouse, the more choices will available to companies that will allow them to become more productive.

"They can pick a unit that does scanning if they want to do scanning in addition to voice. It should really be up to the customer in terms of how they do things, to pick the types of technologies that work together to create the most efficient workforce."

How NFTs Can Be Integrated into Supply Chains

The implementation of NFTs, into supply chains at large, could enable warehouses, manufacturers and consumers to better understand and refine the product journey.
Unlock
October 17, 2022