Why Cloud Computing is an Imperative

Foodservice and private label manufacturers are using the cloud to change the future of their business. 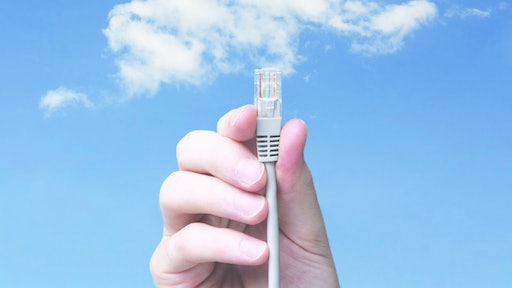 Security risks remain one of the biggest barriers to adoption of the cloud, even though that argument has been sufficiently dispelled.

Let’s say you’re a fast food chain and the Baconbomb Burger is your top selling item. If a customer walks in and orders that item, but you’re out of bacon, you’ve just really disappointed that customer.

“What’s the cost of disappointing that customer?” asks Steven LaVoie, CEO of ArrowStream, who knows well that the answer is “huge.”

Product promotions, whether for a national restaurant chain, a private label manufacturer, or a retail grocer, comprise a significant part of the business. And, they’re happening weekly, if not daily in some cases.

“These companies spend an enormous amount of time and money on promotions, but until recently they haven’t spent a whole lot of time trying to understand how to assure they have the right product in the right place at the right time,” says LaVoie. “It used to be they just jammed the supply chain with extra inventory, which just expired.”

Fortunately, the software and technology to support these types of demands is not only available, it’s also more affordable, secure, and sophisticated than ever before, thanks in large part to the use of the cloud to support virtual networks and platforms that connect people and companies in real-time.

For instance, while ArrowStream has offered software-as-a-service (SaaS) since 2002, they didn’t always offer it in the cloud, explains LaVoie. But they do now, which means that if one server were to go down, a customer’s access would not be interrupted because other servers are replicating the software in the cloud.

While the foodservice industry may not have been an early adopter of SaaS and cloud computing, it’s fair to say that they’re catching up fast. “The foodservice space is becoming aware that there is a lot of opportunity in supply chain management and they need to take advantage of it,” says LaVoie.

He tells the story of one customer who had a “protein problem.” Specifically, the customer had five suppliers of protein, but one plant was unexpectedly taken off line because of a bacteria outbreak.

“Our customer was able to get onto our system and immediately see where all of their product was in every single distribution center across the country. They reallocated all of the product—where it was going to go, how it was going to get there—and they were able to successfully manage their business with 80 percent capacity and they didn’t have to short a single restaurant in their network. That was a big deal.”

LaVoie mentions other big deals, like ArrowStream’s Inbound Transportation Management solution, which not only optimizes the supply chain, it optimizes it upstream in the form of simultaneous inventory replenishment, as opposed to this happening after an order has been placed.

“We haven’t had a single customer who has used this software report less than a 7 percent reduction in their total freight spend,” says LaVoie.

ArrowStream’s not stopping there, either. LaVoie says the company is working on a new supply chain management technology product that would eliminate pricing errors in the system. “In our experience, about 15 percent of all orders that are placed from restaurants to their distributors have errors of some kind, due in part to the complex nature of these type of orders.”

Jerome Malavoy, CEO of Trace One, is equally upbeat on how SaaS and cloud computing are impacting supply chains. In 2001, Trace One launched the first collaborative online platform in SaaS mode for managing the development of private label products. According to the company’s Web site, its customer base includes 18 retailers and 6,200 consumer goods manufacturers. Some of those listed include Coca-Cola, Sara Lee, Kraft, and Procter & Gamble.

“We link these companies’ entire ecosystems together,” says Malavoy, which is critical when the requirement is a promotion or a new product launch. “It’s all about time-to-market,” he says.

For example, if a company wants to change the packaging on their energy drink, replace the blue color with red and add some new language, there are a lot of players involved even for something so seemingly easy.

“You need to have the product manager from the retailer, the product manager from the manufacturer, the designer who’s designing the label, the lawyers who need to validate the new language, the nutritionist, and the printer—everyone’s got to be on the same platform during the same few weeks working together very quickly. Our cloud computing platform allows for this entire process to happen in one month as opposed to six months,” he says.

And, if security is still a concern for a company who is considering using a cloud-based solution, it shouldn’t be if it’s done “strategically,” says Malavoy. “Salesforce.com, for example, has successfully convinced global organizations, including major banks, that the cloud is safe for their data.”

Trace One provides warranties on their data security, adds Malavoy. “We also pay special hackers every year to try and hack into our system. For 10 years, they haven’t been able to do it.”

Malavoy sees similar attitudes between the U.S. and Europe when it comes to the adoption and application of cloud computing in the broader food supply chain, with perhaps the exception of food safety. “That’s because of mad cow disease (bovine spongiform encephalopathy),” says Malavoy. The disease first appeared in Great Britain in the mid-1980s. The danger posed to humans really got Europeans thinking about food safety a lot quicker, Malavoy continues.

However, he believes the passage last year of the Food Safety Modernization Act (FSMA) in the U.S. will really start to change how Americans view food safety and what technology tools they will need to address it properly and adequately.

The Use Of Cloud Based Technology Within Warehouse Management Systems

Keep the Cloud, Skip the Risk