Over 1 million pounds of Chinese pork was seized by federal authorities after it was illegally smuggled into the port of Newark. 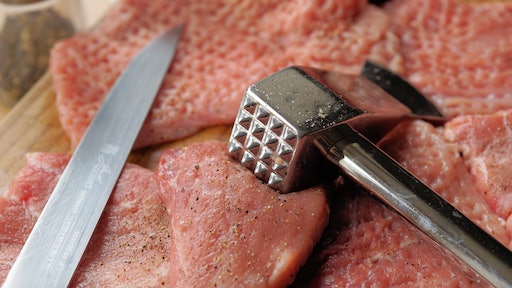 Over 1 million pounds of Chinese pork was seized by federal authorities after it was illegally smuggled into the port of Newark. It is the largest agricultural bust in history.

According to Msn, U.S. Customs & Border Protection raided over 50 shipping containers to stop the spread of pork products that could be contaminated by African swine fever. The meat was primarily cured and the cargo containers were not refrigerated.

Since August, thousands of pigs in China have contracted African swine fever, hurting the country's pork industry. The disease isn't harmful for humans and does not affect food, but is almost always fatal for pigs.

The industry is also preparing for a supply shortage and placing orders for U.S. pork, despite hefty tariffs. As of August, over 38,000 pigs have died. If the disease continues, the price of pork could go higher than the 7 percent increase it has already experienced in China.

The USDA is taking additional steps to keep African Swine Fever (ASF) from entering the U.S. as the disease continues to spread internationally. To goal remains to protect the nation's swine industry from the disease, even though it does not affect people and is not a food safety issue.

An investigation is ongoing.

With the FDA beginning to make defined steps forward in its New Era of Smarter Food Safety Initiative, adaptation of supply chains around the country is inevitable. Being aware of the changes to come will be the key to success.
enVista
April 14, 2021
Follow Us