The Mercury News
Port of Oakland 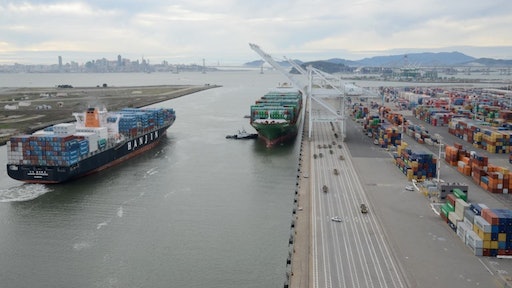 A push to transform smog-spewing diesel engines to ones that burn cleaner and capture pollutants before they enter the atmosphere has largely been completed at the Port of Oakland.

The initiative, which started in 2009, forced trucking companies to change the way they do business, sometimes opting to upgrade or sell their entire fleet and lease trucks instead. Although regulatory agencies helped with early grants, it’s also forced smaller, owner-operator companies to retrofit their rigs or buy new ones, work for someone else or go out of business, several truck operators said.

“For us, it’s a good thing,” said Ben Soleimanieh, the operations manager for R&A Trucking Company. “These guys who had trucks that were 40 years old with the bumpers tied together, it took them out of the ballgame. These are the guys that were undercutting the rates and making it harder to compete.”

A recent spot check at the Port of Oakland, where the California Air Resources Board (CARB) set up an impromptu inspection checkpoint last week, indicates the regulations appear to be working. Roughly a dozen vehicles zoomed through in the span of an hour with nary a snag.

Trucks: Look Good and Be Green