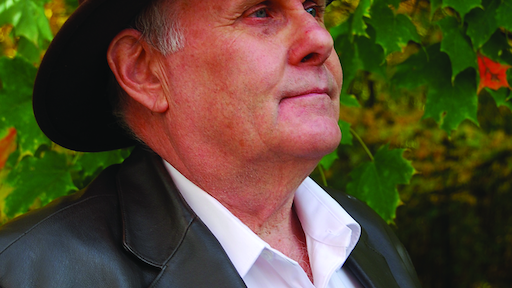 by Maurice Hladik, author of Demystifying Food from Farm to Fork

If today’s farmers were forced to rely on technologies from 1956 or 1988, when there were two previous droughts comparable to this year, the results would have been devastating. Much has been said about the amount of corn we will or will not have next year, so let’s use that crop as an example.
The USDA projects a drop in corn production from the estimated yield of 146 bushels per acre earlier in the season to 128 bushels, according to their most recent estimates. That’s a reduction in available corn by close to two billion bushels, which will most certainly have an impact on food prices as the price of this grain and other farm commodities are at all time highs. Yet, historically, this is still expected to be perhaps the fifth largest corn harvest on record and would have been considered an excellent yield per acre only a decade ago in what was then a normal rainfall year. So, what gives?

Going back to the dry years of 1956 and 1988, the average yields according to USDA statistics were only 42 and 82 bushels per acre respectively, using the same USDA data, the same land and the same population of family farmers. So, why the huge increase in food produced per acre? Staying with the example of corn, it’s safe to say that the plant has been reengineered to thrive with denser plantings with a root system that makes more efficient use of available moisture and with leaves above the ground that optimize the sun’s energy.

Yes, genetic modification technology has a lot to do with such bounty. For example, companies such as Syngenta with their “Touchdown” ready corn, soybeans and canola can control weeds with minimal cultivation, saving fuel and precious moisture in the soil while reducing wind and water erosion at the same time. The European corn borer is also a pest of the past thanks to advanced plant breeding. With precision planting benefitting from the technology, farmers can be parsimonious with their chemical and fertilizer applications and have substantially reduced the amount required to produce a bushel of grain or oilseeds.

Had technology and improved farming practices not come into play, the yields of only a couple decades ago would now be causing incredible food security issues for the less prosperous. For example, the Food Stamp Program would be swamped with increases in both the numbers supported and the cost per person facing food insecurity.

And then there was the mother of all droughts, the 1930s; when the yield of corn per acre was slightly over a measly 20 bushels per acre. Interestingly, in an effort to feed the nation, about twenty million more acres of corn were planted then than is the case over the past five years. For those who maintain that modern farming has led to the lack of biodiversity, this is not necessarily the case. Thanks to advanced agriculture technologies, less land is actually required to feed a lot more people than in days gone by.

For those who lament that agriculture has moved on from its bucolic past and is no longer as depicted in Norman Rockwell’s painting of “The County Agent,” it should not be overlooked that the prime objective of the farming community is to feed the world, and the adoption of advanced farming technologies is the only way that this can be achieved.

Maurice J. Hladik grew up on a farm in western Canada and was an active farmer into his early adult years. Hladik even has a noticeable “battle scar” on his wrist, a result of a combining accident when he was harvesting grain as a young man. He earned two degrees in agricultural economics from Canadian and US universities before becoming an agricultural diplomat in New Zealand, Germany, China, Thailand and South Korea. He also served a decade in the private sector as an executive of an agriculture-based company with an international reach. More information on his new book, Demystifying Food from Farm to Fork, can be found at foodfarmfork.authorsxpress.com.

How to Manage Supply Chain Sustainability During COVID-19

The COVID-19 pandemic suggests the local food economy is nimble and ready to respond to consumers’ desire to feel more food secure, connected and supportive of their farms and food producers.
Dawn Thilmany
Trey Malone
May 11, 2020

How to Select the Right Solar Panel for Your Fleet

Solar power is no longer a technology meant only for the roof of a home or in a field.
Thermo King Corporation
May 6, 2020

Grocery Shopping in the Era of Social Distancing

Though pandemic life has been unusual, freight is still expected to follow some of the same trends as previous years.
Flock Freight
May 1, 2020

Today’s technology is making transitions as smooth as possible, providing services that fulfill the immediate needs for retailers and brands.
Mark Feinberg
April 28, 2020

Inventory visibility won’t lessen in importance when the grocery industry comes out on the other side of the COVID-19 pandemic.
Symphony RetailAI
April 27, 2020

In order to get ahead of order rushes, e-commerce companies need to ensure that their fulfillment processes are capable of meeting consumer expectations while improving sales margins and maintaining a competitive edge against other players in the space.
Descartes Systems (USA) LLC
April 27, 2020

For Cold Storage, Winter Is Never Over

To prevent bottlenecks at the store and distribution center levels, efficiencies must be built upstream.
Esker Inc.
April 23, 2020

4 Reasons to Consider Propane Equipment for Food and Beverage Operations

A large part of selecting the best material handling equipment — whether it be forklifts in a warehouse or trucks on a delivery route — involves choosing the right energy source to power it.
Propane Education & Research Council (PERC)
April 20, 2020

Here’s why it’s complicated determining driver turnover, and what we consider when figuring it out.
Mark Murrell
April 15, 2020

While there are many unknowns ahead, the industry has an opportunity for every link in the food supply chain to be forged by this crisis and come out on the other side stronger than ever.
Rick Williams
April 15, 2020

Consumers who normally eat about 50% of their meals away from home are straining the retail supply chains that depend on long-haul trucking of goods across the country.
FoodMaven
April 14, 2020

It is critical that no matter what choices small and medium businesses make now, that they also consider sustainability in the long-term.
Bringg
April 13, 2020

Re-Imagining the Food Supply Chain in the Age of Instability

Now is the time to think about how new technology can embed in existing networks and optimize outcomes.
Michael Helmstetter
April 10, 2020

Owners of perishable cargo need reliability, predictability, capability and capacity in their supply chains.
Port of Virginia
April 8, 2020
Follow Us