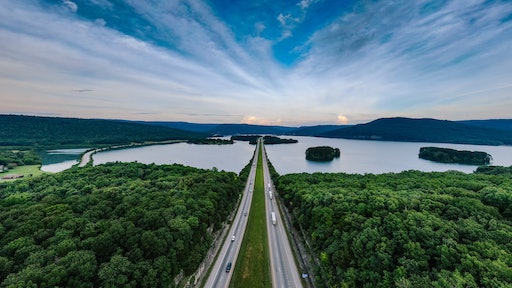 Plug Power Inc.  has completed the acquisitions of United Hydrogen Group Inc. and Giner ELX. These acquisitions are in line with the Company’s vertical integration strategy in the hydrogen business laid out in September of 2019 with plans to have more than 50% of the hydrogen used to be green by 2024. These activities further enhance Plug Power’s position in the hydrogen industry with capabilities in generation, liquefaction and distribution of hydrogen fuel complementing its industry-leading position in the design, construction, and operation of customer-facing hydrogen fueling stations. These activities establish a clear pathway for Plug Power to transition from low-carbon to zero-carbon hydrogen solutions.

Given these acquisitions, the Company is raising its 2024 financial targets to achieve $1.2 billion in revenue (up from $1 billion), $210 in operating income (up from $170 million), and $250 million in Adjusted EBITDA (up from $200 million). These improved financial metrics highlight the value of this vertical integration, underscoring significant margin enhancement potential in the hydrogen fuels business and the expected global growth of the electrolyzer market while meeting customers increased focus on sustainability and carbon reduction goals. Plug Power is focused on becoming one of the largest green hydrogen generation companies in the United States over the next five years and globally thereafter, and plans to continue to work with existing and new partners to accomplish this goal.

This planned capacity addition of green hydrogen will serve the significant and rapidly growing demand from current customers as well as position the Company to target existing large and growing hydrogen markets. Plug Power projects that its existing customers will use almost 100 tons of hydrogen per day by 2024 and expects over 50% of that to be green hydrogen. This planned green hydrogen generation capacity expansion provides Plug Power with an opportunity to serve its existing customers and potentially serve large industrial customers in the steel, fertilizer and ammonia manufacturing markets. According to Bloomberg New Energy Finance, the cost of green hydrogen is expected to decline by over 50% by 2030 and will be at parity with traditional ways of producing hydrogen today.

Today, United Hydrogen is one of the largest privately held merchant hydrogen producers in North America. The company has the capability to produce 6.4 tons of hydrogen each day with plans to increase that capacity to 10 tons daily in the near future, as well as plans for further expansion. Bringing a wealth of talent and expertise, the acquisition of United Hydrogen Group significantly enhances Plug Power’s capabilities in hydrogen generation, liquefaction and distribution logistics.

Giner ELX includes one of the most experienced teams in the world in PEM electrolysis: most have worked for two decades or more in the field. The company’s offerings include one of the world’s largest, most efficient and cost-effective PEM hydrogen generators; grid-level renewable energy storage solutions, and on-site hydrogen generation systems for fuel cell vehicle refueling stations and industrial uses. Giner ELX also has a strong sales channel in the European market. Plug Power expects the Giner ELX acquisition to dramatically increase its overall green hydrogen supply capabilities and the Company can add significant manufacturing capabilities immediately to serve the global market for electrolyzers.

“Plug Power is working to build the modern clean hydrogen economy,” said Plug Power CEO, Andy Marsh. “Every decision we make is with an eye to the future, not the past. This closely aligns with the efforts that companies like United Hydrogen and Giner ELX have made to secure broad participation in the hydrogen economy, and to achieve the objectives of a clean environment and reduced dependence on foreign oil. We welcome these organizations into the Plug Power family where, as a team, we can accelerate the adoption of low carbon and zero carbon hydrogen on a global scale.”