Port Houston’s new strategic plan was approved today by the Port Commission of the Port of Houston Authority, setting in motion a road map for its continued growth and success 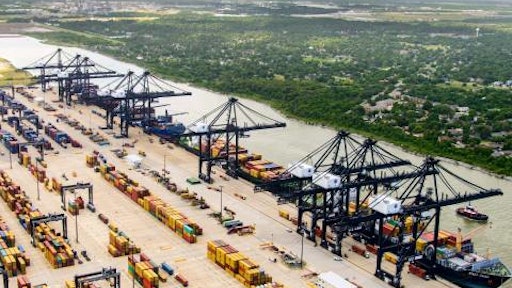 Port Houston’s new strategic plan was approved today by the Port Commission of the Port of Houston Authority, setting in motion a road map for its continued growth and success. Port Houston’s team, led by executive director Roger Guenther, presented the 2020 Strategic Plan for approval following many months of work. In addition to providing guidance for the next five years, the strategic plan helps set the stage for Port Houston’s long-range comprehensive master plan that will look forward to the year 2040.

By statute, Port Houston is required to reevaluate long-range and strategic plans every five years. The new plan builds on the original plan adopted by the Port Commission in 2015, which defined a clear mission, vision, core values, overall goals, objectives, action plans, and performance measures successfully met by Port Houston, as it experienced tremendous growth in the years since.

The commission, employees, community groups, industry stakeholders, focus groups, and public comment were all a part of the process that began last year when Port Houston engaged an outside firm to assist with the strategic plan update.

The results: Port Houston’s mission – “To move the world and drive regional prosperity” – is unchanged. “People,” “Infrastructure,” and “Stewardship” remain at the core of its values. After receiving feedback from the community and stakeholders, “Partnerships” has taken front and center as a new core value.

Growth, though, will remain a foundational value and a part of Stewardship, as Port Houston remains committed to its founding mission to generate economic prosperity and job creation for the region, state, and nation.

“It is fitting that the Port Commission is approving a new strategic plan today as the port embarks on its twelfth decade and is seeking to widen and deepen the Houston Ship Channel for the eleventh time in its history,” Port Houston Chairman Ric Campo said. “I think that we will be sitting here at this time next year, amazed at what we have accomplished on behalf of our region and citizens in Harris County.”

The next step: Port Houston will continue to work collaboratively to create its comprehensive long-range master plan for 2040. The master plan will be a living document to drive the vision and direction to develop and build the infrastructure needed to ensure the greater Port of Houston remains the strong central pillar of the region’s economic prosperity and jobs for the next generation.

This marks the eighteenth consecutive year of container growth at the largest container port on the U.S. Gulf Coast. Among the nation’s top ten container ports, Port Houston was 2019’s fastest-growing, according to data from maritime sector data vendor IHS Markit PIERS.

It was also announced that the Government Finance Officers Association awarded Port Houston its 45th consecutive Certificate of Achievement for Excellence in Financial Reporting for its 2018 Comprehensive Annual Financial Report (CAFR). This certificate is the highest form of recognition in the area of government accounting and financial reporting.

“I am proud of our employees and the value they bring each and every day, and the commitment they have demonstrated in defining what success looks like for us and those we serve and delivering results. It was a great year,” said Guenther.

Port Houston also is continuing its collaboration with San Jacinto College, entering into a two-year professional services contract to purchase fireboat simulation training for its Fire Department. Port Houston and San Jacinto have collaborated on numerous projects in recent years.

In other action, the Port Commission approved an amendment to the professional services contract with Jacobs (formerly CH2M Hill) to perform design and construction phase services for the construction of Wharf 6 at the Bayport Container Terminal.

Freight Forwarder in Calgary Showcases its Fast and Stress-Free Service

Today, integrating inventory planning with financial planning is more critical than ever given the ability accounting has to properly steer planning, ordering, and ultimately profitability.
Accounovation
June 16, 2022
Follow Us