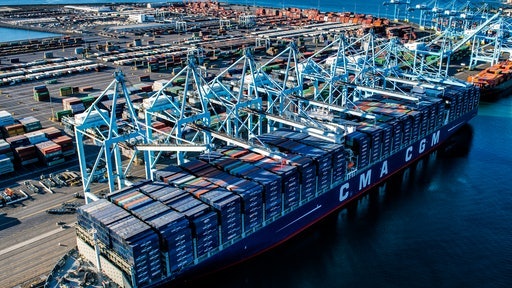 The U.S. GDP fell 1.4% in the first quarter of 2022, yet saw an extremely high volume of imports in Q1, increasing 4.77% from an already record-high Q4 2021 on the back of previous orders and consumer demand, according to new research presented by Shifl.

“We however expect a relief in the East Coast congestion in the near future as the impact of blank sailings created by the decrease in demand and China lockdowns will be felt in New York, albeit little later than West Coast ports due to the naturally longer transit time,” says Shabsie Levy, founder and CEO of Shifl.

“The core reason for the continued drop in spot freight rates as we predicted previously is the reduced demand in the U.S., which we are seeing from our customers' data as well. The price of a 40-foot container continued to drop in April 2022 to $7-8,000 for the China-U.S. West Coast and around $9-10,000 for the China-U.S. East Coast,” says Levy. “Carriers have been trying to manage this drop in spot rates by implementing blank sailings while trying to lock shippers on longer-term contracts riding on the previous highs in hopes of extending their honeymoon period.”