New Orleans: Earlier this week, the Port of New Orleans announced that CMA CGM, the world's third largest container shipping company, and CSAV are adding New Orleans to the Gulf Bridge Express service, linking the Gulf Coast to the Caribbean and ports in Central and South America.

"The upgrading of this service allows CMA CGM to strengthen its coverage of the U.S. Gulf and the Caribbean, where its network is already significant, broadening the scope of the service for its customers," says Antilles Guyane, vice president of CMA CGM. "The direct call to New Orleans provides new opportunities for CMA CGM imports as well as exports, through our dedicated hub of Kingston, Jamaica."

"This new service strengthens New Orleans' connections to Central and South American markets," says Gary LaGrange, president and CEO of the Port of New Orleans. "It will also allow shippers access to CMA CGM's extensive worldwide services. We are excited to market new opportunities to our customers and are grateful to our valued partners at CMA CGM. This is truly an exciting time for the Port of New Orleans."

In 2010, the Port of New Orleans set new records for container volumes, moving 427,000 TEUs (twenty-foot equivalent units) over the year. Through the first six months of 2011, figures outpaced last year's records by 15 percent.

"CMA CGM's decision to add the Port of New Orleans to the Gulf Bridge Express is an indication that our region is continuing to build its post-Katrina stature as a global shipping hub," says Michael Hecht, president and CEO of Greater New Orleans Inc. "We extend our congratulations to Gary and his team, and we look forward to working with them to secure more investment in the future."

Thanks in large part to the Port's continued success, Business Facilities recently ranked the metropolitan New Orleans area as the #5 Logistics/Distribution/Shipping Hub in the country. 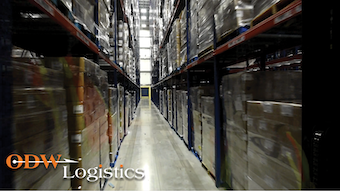