The report concludes that the only meaningful mechanism for attaining the administration's vision for a large-scale infrastructure program is through a federal fuel tax increase. 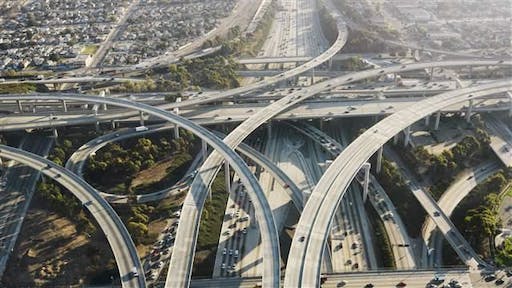 The American Transportation Research Institute (ATRI) has released its much anticipated assessment of the nation's transportation investment options. The report entitled A Framework for Infrastructure Funding concludes that the only meaningful mechanism for attaining the administration's vision for a large-scale infrastructure program is through a federal fuel tax increase. The inefficiency of other mechanisms, including mileage-based user fees and increased tolling, will fall far short of the needed revenue stream without placing undue hardship on system users.

In addition, ATRI's research documents that a federal fuel tax increase will incentivize states to generate multi-million dollar matches to the new federal funds, ultimately moving the United States closer to the infrastructure investment goals proposed by both Congress and the President.

"Maybe the most important and unexpected benefit of a federal fuel tax increase is the hundreds of thousands of new, high-paying construction jobs that will be produced," said Dennis Dellinger, President of Cargo Transporters.  "We often assume that the only reason to raise the fuel tax is to lay more asphalt and concrete.  Forgotten in the mix is that tax revenues can simultaneously produce good roads and good jobs."

The report further documents the consequences of continuing with the "do-nothing" option. The federal fuel tax has not been raised in more than two decades, resulting in significant costs to system users, particularly the trucking industry.  While the trucking industry contributes more than $18 billion in federal user fees each year, growing traffic congestion and freight bottlenecks now cost the industry more than $63 billion annually. The report also indicates that growth of e-commerce will likely slow as freight deliveries fail to meet the real-time demands of U.S. consumers.

Other key ATRI findings and recommendations include:

"ATRI's research corroborates what many of us have espoused in Washington DC and in every state capital: people are demanding action on transportation investment and the federal fuel tax is the ideal tool for delivering the much needed funding," said Chris Spear, ATA president.

With so many final-mile technology solutions available on the market today, there has never been a better time to be a forward-thinking, innovative supply chain logistics professional.
Trimble Inc.
December 1, 2021

Dockworkers are unloading ships as fast as they can, but the challenge is to move the containers out of the ports to make room for the next ship.
National Retail Federation (NRF)
November 12, 2021
Follow Us