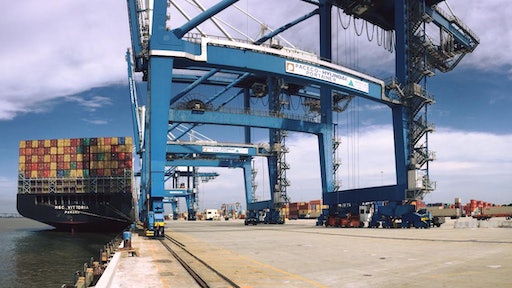 South Carolina Ports Authority (SCPA) announced an enhancement to international intermodal rail service between the Port of Charleston and the Charlotte Regional Intermodal Facility at the Charlotte Douglass International Airport.

“This dramatically-improved containerized rail service between Charlotte and the Port of Charleston is the result of collaboration between the Norfolk Southern Railway and the South Carolina Ports Authority,” said SCPA president and CEO Jim Newsome. “It builds on the existing, high speed intermodal network between Charleston and the South Carolina Inland Port in Greer. Charlotte is most logically served via the Port of Charleston, and this link provides a very reliable rail option that has not previously existed. The Charlotte market is fast-growing and offers a very diverse containerized cargo base, including furniture, home improvement goods, general department store merchandise, and chemicals.”

A new report shows that more than half of freight forwarders are concerned that the peak season will bring more chaos than last year.
Container xChange
May 27, 2022
Follow Us