The Port Authority of PANY/NJ is the only port in the U.S. to impose a cargo facility charge on all containers, including empties, according to Maersk Line. 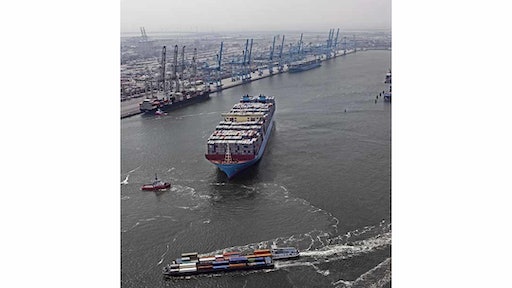 Legislation to eliminate the Container Freight Charge (CFC) has been approved by the New York Senate Corporations, Authorities, and Commissions Committee Feb. 2, 2015. The bill, SB 2648, has been referred to the senate finance committee, according to an announcement from Maersk Line. This legistlation has also been introduced in the New York State Assembly, A 2070.

As reported by Kevin Lyons, Ph.D., Rutgers Business School, Center for Supply Chain Management and Marketing Sciences, most consumers throughout and at the end of the supply chain would never know anything about the CFC but it could affect their bottom-line. The New York metropolitan area has many manufacturers that strive to be globally competitive. The ability to export products is directly impacted by shipping costs, CFC is an added cost. In addition, employment and economic growth is affected by these added charges.

"This fee is costing ocean carriers $30 million a year which exacerbates the extremely challenging financial environment ocean carriers have faced in recent years. Only three carriers have made a profit the last couple of years. We are optimistic that the NY State Senate and Assembly will recognize how critical removing these fees are to local businesses, the economy and the maritime industry as a whole," said Timothy Simpson, Maersk Line, director of marketing and communications for North America.