With this investment, Americold says it is fulfilling its customers’ requests to expand into the growing temperature-controlled trade market. 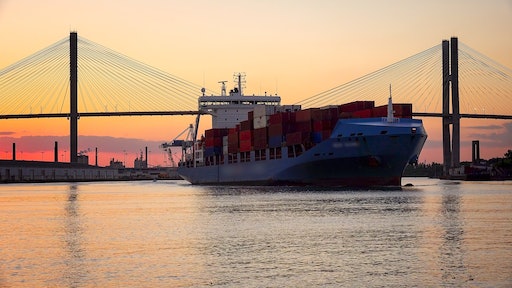 The Port of Savannah continues to expand and has a stated strategy to double its storage capacity with its partners in the next 10 years.
Getty Images

Americold has acquired the privately-held PortFresh Holdings, a leading temperature-controlled operator servicing fresh produce trade primarily through the Port of Savannah. In connection with its acquisition of PortFresh, Americold plans to build a new 15 million cubic foot cold storage facility on adjacent land owned by PortFresh.

“The Port of Savannah is one of the fastest growing ports in the United States and has seen increased traffic of temperature-controlled trade. With this investment, Americold is fulfilling our customers’ requests to expand into this growing market, which provides an efficient and cost-effective solution to meet their import and export needs," says Fred Boehler, president and chief executive officer of Americold Realty Trust. "We believe this development project represents a significant long term growth opportunity for the company, as we continue to grow our scale and develop our partnership with the Port of Savannah."

The planned new facility, estimated at a cost of between $55 million to $65 million, will feature 37,000 pallet positions, advanced blast freezing capabilities, and space and infrastructure to support refrigerated-containerized trade. Americold expects to begin construction on the new facility in the first half of 2019, with the opening expected to be in the first quarter of 2020.

The Port of Savannah imported 1.8 million TEUs of containerized cargo in 2017, a 10.6 percent  increase over 2016, making it the nation’s fourth-largest port, as reported by the 2018 U.S. Ports Report from Descartes Datamyne. The port’s Southern U.S. location, ocean carrier network and access to transportation channels, including to growing markets in South America and Europe, reduces transportation time as compared to Northeastern ports, which require additional trucking and transport. The Port of Savannah continues to expand and has a stated strategy to double its storage capacity with its partners in the next 10 years.

“The Georgia Ports Authority is pleased to welcome Americold to the Savannah market,” says GPA Executive Director Griff Lynch. “This announcement represents yet another expansion of Savannah’s position as a hub for the handling of cold and chilled cargoes, and complements the port’s continued on-terminal development of refrigerated cargo infrastructure.”

Brian Kastick, PortFresh’s founder and CEO, has joined Americold with this acquisition and will help to grow the company’s fresh produce business initiatives.

“I am delighted to join the Americold platform at this exciting time. PortFresh has developed the import market for temperature controlled logistics in the Port of Savannah. I believe that Americold’s brand, platform and operational expertise will enhance PortFresh’s capabilities to serve both our existing and new customers,” adds Kastick.