The expansion of the Panama Canal is reshaping seaports up and down the U.S. East Coast, as local governments spend billions to deepen harbors, raise bridges and make other infrastructure improvements in anticipation of larger ships. 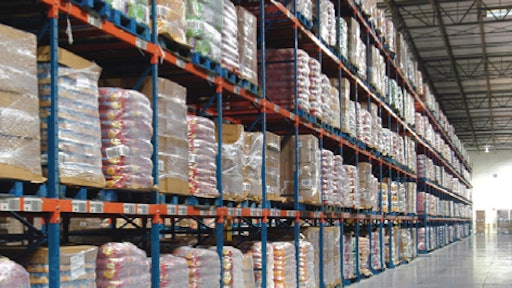 The expansion of the Panama Canal is reshaping seaports up and down the U.S. East Coast, as local governments spend billions to deepen harbors, raise bridges and make other infrastructure improvements in anticipation of larger ships. But data show that East Coast ports aren’t meeting demand in one key area: the supply of warehouse space at or around marine terminals.

According to data prepared for WSJ Logistics Report by real-estate brokerage CBRE Inc., the stock of warehouse space at or around major East Coast ports rose just 1.2 percent between 2012 and the end of 2014. Average availability – a statistic that measures the percentage of existing stock that is vacant or soon to be vacant – in those markets fell from 14.6 percent to 11.3 percent over the same period.

Port volumes, meanwhile, have surged to record highs on the East Coast. At the 11 biggest East Coast ports by volume, the number of TEUs -- the equivalent of shipping containers -- passing through the port grew 9.6 percent between 2013 and 2014, according to data provider Zepol. As of the end of June, volume had grown by 10.5 percent compared with the same year-to-date period in 2014, Zepol said.

When the expanded Panama Canal opens – expected in April of next year – much larger ships will visit East Coast ports. The revamped canal is expected to be handle ships with as many as 18,000 TEUs. The largest ships that can visit East Coast ports today have slightly fewer than 10,000 containers, although ports are currently spending nearly $30 billion on infrastructure improvements to accommodate larger ships. Warehouse space, however, will be in even shorter supply once those larger ships arrive, the CBRE report said.