Spot freight has seen 14 consecutive months of year-over-year peaks, and freight volume set yet another record in September, with a 32 percent increase compared to September 2013 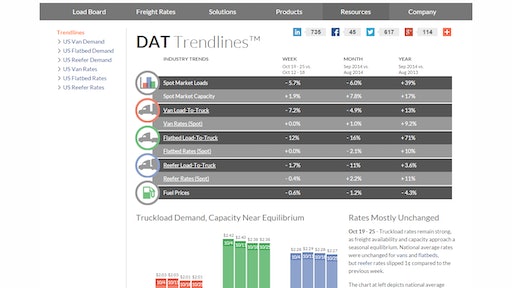 Reference rates are derived from DAT RateView. Rates are cited for line haul only, excluding fuel surcharges, which declined on both a month-over-month and year-over-year basis. The monthly DAT North American Freight Index reflects spot market freight availability on the DAT Network of load boards in the U.S. and Canada. Additional trends and analysis are available at DAT Trendlines.