Numerous companies and organizations in the distribution, warehousing and logistics of food have hired and promoted various executives. 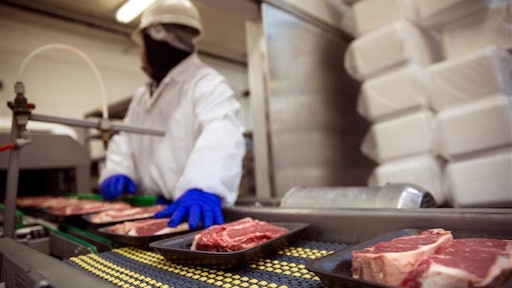 Logistics Executive Group is pleased to announce the appointment of Singapore based Au Kah Soon as associate director, Asia & Oceania. Kah Soon has previously worked with the company on diverse logistics, M&A and business advisory projects over the past several years. He is a seasoned finance strategist, marketing and supply chain consultant who specializes in partnering with board directors, C-level executives and entrepreneurs to grow and streamline their businesses. His appointment follows the expansion of APAC MD Dominic Rego’s enhanced responsibilities to lead company’s growth throughout North and South East Asia and will provide significant bench strength to their rapidly expanding global senior executive team.

IATA DG to Step Down

The International Air Transport Association (IATA) announced that Alexandre de Juniac, director general and CEO will step down from his role at the association effective March 31 2021.  Robin Hayes, CEO of JetBlue is now the chair of the IATA board of governors (BoG), succeeding Carsten Spohr, Chair IATA BoG (2019-2020) and CEO of Lufthansa. Hayes will serve a term commencing immediately and ending at the conclusion of the Association’s 78th Annual General Meeting to be held in 2022.

Rickard Gustafson, CEO of SAS Group will serve as chairman of the BoG from the conclusion of the 78th IATA AGM in 2022 until the conclusion of the 79th AGM in 2023, following Hayes’ term. Willie Walsh, former CEO of International Airlines Group (IAG) will become IATA’s 8th director general from April 1, 2021. He will succeed Alexandre de Juniac, who has led IATA since 2016 and who will step down from IATA at the end of March 2021.

Norfolk Southern announced that its board of directors has appointed two new officers: John Hatfield is vice president corporate communications; Kathleen Smith is vice president business development and real estate, succeeding Robert Martínez, who is retiring from the company.

Hatfield, who will also oversee the Norfolk Southern Foundation, joins the company with more than 30 years of experience in public and community relations. He has served in senior communications leadership positions with large corporations, public relations agencies, political campaigns and elected officials. Most recently, he served as vice president of communications and community affairs for Arizona Public Service, that state’s largest energy provider.

East Coast Warehouse & Distribution, a leading temperature-controlled logistics provider to the food and beverage industry located on the Port of New York/New Jersey and in Philadelphia, has named Kevin Daly chief commercial officer (CCO). In this role, Kevin will lead East Coast Warehouse’s market development strategy for all segments and geographies.

A resourceful, growth-focused executive, Daly brings more than 30 years of sales and operational experience in the logistics industry to both East Coast Warehouse and its executive team. Throughout his career, he has grown geographic markets, turned around underperforming business units and created new commercial opportunities. Additionally, he has improved administrative and operational processes to drive efficiencies.

In his role as CEO, Soren Toft oversees MSC’s global cargo businesses including ocean liner and logistics. He will also be a member of the board of directors of Terminal Investment Ltd (TiL), the terminals business which is majority-owned by MSC. Toft joins MSC from Maersk, where he served as chief operating officer since 2013 and later as a member of the executive board.

Drees will lead ODW's continuous improvement strategy for the growing third-party logistics (3PL) company. His focus will be standardizing and refining operational systems, inventory controls, and best practices for improving operation performance to drive cost and service advantages to ODW clients. Drees has more than 25 years of management/engineering experience, with almost 20 years in distribution.

Egglife Foods Appoints Andy Arquette to Board of Directors

Egglife Foods, the Chicago-based food brand that uses cage-free eggs, not flour, to reimagine carbohydrate-heavy foods, announces today that it has appointed Andy Arquette, Chief Financial Officer at Fairlife, LLC, to its Board of Directors.

Arquette has built a career in consumer packaged goods, food manufacturing & marketing, and technology, where he has a proven track record of developing long-term company growth strategies that deliver shareholder value.