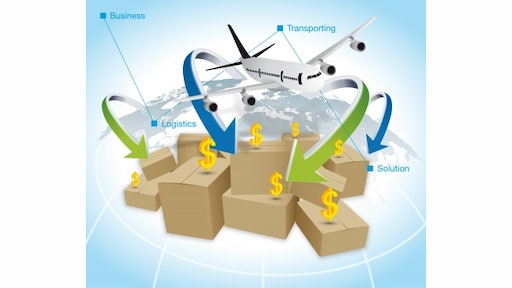 The good results reflect the improvements in world trade and business activity which have been evident since the summer. World trade is growing steadily, supporting increased air cargo shipments. Regional differentiation in performance, however, is very apparent. Carriers in the Middle East, Africa and Asia-Pacific saw demand grow faster than the global trend, while North America, Europe and Latin America grew more slowly. More significantly, however, carriers in all regions except for Europe improved on their year-to-date performance. Cargo demand for European carriers grew by a weak 1.4 percent compared to the previous October, reflecting economic uncertainty and the impact of sanctions as a result of the Russia-Ukraine crisis.

“We are now back to levels of demand not seen since the 2010 post-recession bounce-back. But the industry is still in the hot seat and under pressure to improve its value offering. Customer expectations have evolved dramatically. Other modes of cargo have improved their competitiveness. Shippers expect the efficiency of electronic processes that they experience in almost every other sector. And when shipping specialty products—such as those requiring cold chain control—they expect quality from end-to-end. The industry is investing to build its future by meeting these expectations,” said Tony Tyler, IATA’s director general and CEO.

Asia-Pacific carriers reported a 6.7 percent increase in FTKs, boosted by the release of the iPhone 6, and solid increases in trade and exports from emerging Asian economies. Looking forward, the rate of growth in the Chinese economy continues to slow down which may impact on air cargo. Capacity grew 5.7 percent.

European airlines improved cargo volumes by 1.4 percent. The Eurozone economy only just avoided recession in the third quarter. Poor business confidence and the ongoing sanctions against Russia will continue to weigh on European cargo in the months ahead. Capacity expanded 4.4 percent.

North American carriers recorded an increase of 3.1 percent in October. Growth was slower than the September figure of 5.4 percent, but the overall trend is showing an acceleration on growth for the year-to-date (2.7 percent). Underlying indicators are positive, which bodes well for increased cargo growth in the future. Capacity contracted 1.2 percent.

Editors Insight: Freight delays at North American ports that have driven up demand for air cargo services during the holiday season.

Observers say the long-term shift to ocean transport will continue. Drewry Maritime Research in London, U.K. said the long-term trend from air to ocean transport is not expected to be reversed, but supply issues in the container sector, including poor reliability, rolled cargo, missed voyages in peak cargo months and port congestion could be starting to slow the modal shift.

Other observers have noted that shippers have developed more sophisticated IT systems, supporting the shift towards the less costly ocean freight mode.