Infrastructure spending is expected to grow to more than $9 trillion annually by 2025, up from $4 trillion in 2012, according to a new report issued by PwC, “Capital Project and Infrastructure Spending: Outlook to 2025.” 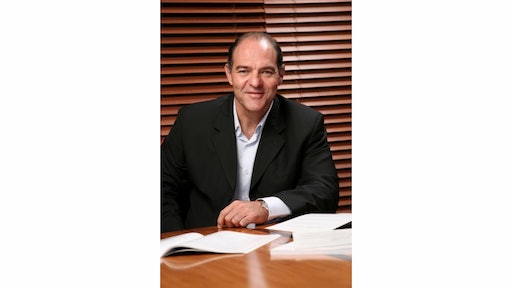 Global capital project and infrastructure spending is expected to grow to more than $9 trillion annually by 2025, up from $4 trillion in 2012, according to a new report issued by PwC, “Capital Project and Infrastructure Spending: Outlook to 2025.”

The report, for which Oxfords Economics provided research support, analyses infrastructure spending across 49 of the world’s largest economies which account for 90 percent of global economic output. It covers five industry sectors – extraction, utilities, manufacturing, transport and social – and forecasts their impact on seven major world economic regions (Western Europe, Latin America, Asia-Pacific, Middle East, sub-Saharan Africa, Former Soviet Union and Central and Eastern Europe).  It estimates the scale of current infrastructure investment and assesses the prospects for future investment from now to 2025. Overall, close to $78 trillion is expected to be spent globally between now and 2025 on capital projects and infrastructure.

The report finds that during 2011 to 2012, the global infrastructure market rebounded from the global financial crisis, and will continue to grow between 6 percent to 7 percent yearly to 2025.

The report shows that that the recovery will be geographically uneven, led mainly by Asia, as spending overall shifts from West to East. The Asia-Pacific market will represent nearly 60 percent of all global infrastructure spending by 2025, driven mainly by China’s growth. Western Europe’s share will shrink to less than 10 percent from twice as much just a few years ago.

Long-term underlying trends in demographics, technology, natural resources, urbanization and shifting economic power will continue to have an enormous effect on which areas of spending will grow. These paradigm shifts, together with a return to global growth are projected to drive significant spend for infrastructure worldwide for decades to come.

Jonathan Cawood, PwC head of capital projects and infrastructure for Africa, said: “Emerging markets, especially China and other countries in Asia, without the burden of recovering from a financial crisis, will see much faster growth in infrastructure spending.

“The pace of urbanization is also on the increase, with the biggest shift in urbanized populations likely in China, India, Ghana, Nigeria, and the Philippines. Urbanization drives the demand for water, power, transportation and technology infrastructure.

“Megacities in both emerging and developed markets- reflecting shifting economic and demographic trends – will create enormous need for new infrastructure. These shifts will leave a lasting, fundamental imprint on infrastructure development for decades to come.

“As economies develop, the types of infrastructure investment needed evolve, but not every country makes infrastructure spending a priority. If you don’t invest when your economy is growing, you may find yourself very quickly at a point where your runways and roads and ports and rail lines are choked.”

Overall infrastructure spending in the sub-Saharan region is projected to grow by 10 percent a year over the next decade – exceeding $180 billion by 2025 – while maintaining its 2 percent share of the global infrastructure market. Nigeria and South Africa dominate the infrastructure market, but other countries like Ethiopia, Ghana, Kenya, Mozambique, and Tanzania are also poised for growth. Growth prospects in most of the region’s economies look promising as they were not affected as much by the global financial crisis of 2008.

A substantial increase in spending in the basic manufacturing sector is expected in sub-Saharan Africa. Annual spending in the chemical, metals and fuels sector is forecasted to increase across the seven major African economies to $16 billion, up from about $6 billion in 2012.

The financial crisis of 2008 has not had a major effect on South Africa’s infrastructure spending. From an estimated $7 billion in 2001, investment in infrastructure grew relatively consistently to reach $22 billion by 2012.

Infrastructure spending overall is forecasted to reach around $60 billion by 2025 for South Africa, having grown by 10 percent on average a year. However, South Africa is likely to lose share of regional spending relative to Nigeria. Nigeria’s better fiscal position and oil revenues will likely enable it to outperform South Africa over the coming decade, says the report.

Overall infrastructure spending in Nigeria is expected to grow from $23 billion in 2013 to $77 billion in 2025. A more investor-friendly environment towards oil investment is also likely to boost this projection further.

In contrast to Asia-Pacific’s success, investment in western economies has been constrained by the legacy of banking crises, fiscal austerity and a shallow economic recovery. CP&I spend is shifting to the emerging economies, particularly Asia. Asia’s share of global CP&I spend is projected to increase from 28 percent in 2012 to 39 percent in 2018 and 47 percent by 2025.

The report also shows that spending on utility infrastructure is expected to be significantly stronger in countries that need to upgrade deficient energy, water, and sanitation services and in economies that are rapidly urbanizing, such as China, Ghana and Nigeria. The greatest growth of spending for utilities is expected in sub-Saharan Africa where an annual rate of 10.4 percent between now and 2025 is forecasted. Spending for electricity production and distribution is expected to rise from $15 billion in 2012 to $55 billion, while expenditures for improvements in water and sanitation services are forecasted to increase from $3.3 billion in 2012 to about $10 billion by 2025.

According to the report the extraction sector, driven by both oil and gas as well as non-oil and gas industries, will grow at an annual rate of 5 percent. Oil and gas extraction activity and infrastructure spending are expected to vary across countries and regions. Extraction spending in sub-Saharan Africa is projected to increase at 8 percent annually over the next decade. The bulk of spending is likely to take place in South Africa and Tanzania.

Demographic shifts will play a major role in determining the type of social infrastructure a country requires. Aging populations, especially in Eastern Europe and Japan, will necessitate more healthcare facilities, while emerging markets are projected to increase investments in both healthcare, as well as education for their young people. The report shows that the annual growth rate for social infrastructure spending is expected to be particularly strong – about 12 percent in sub-Saharan African where both schools and healthcare facilities will be in high demand.

Cawood added: “Resources and consumer market potential coupled with trade, economic and political reforms, increasing urbanization and shifts in demographics will drive the majority of investment in Africa. It is crucial for policymakers, citizens and businesses to understand the factors that unlock infrastructure investment and development and to act responsibly and strategically within a long term vision to create the right conditions for success.”

South Africa Gets New Center Of Excellence In Food Security