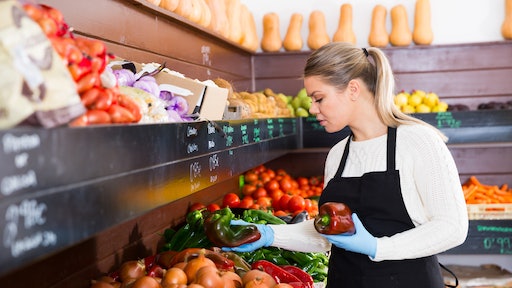 Redwood Logistics revealed insights from a food shippers survey conducted following the first impacts of the COVID-19 pandemic. The survey revealed that more than two thirds (68 percent) are expecting higher sales in 2020 vs. 2019.

“March was a historic month for grocery food demand. Consumers, in fear of long-term lockdowns, began a panic-buying spree that lasted roughly six weeks. In the beginning, stores were consistently out of paper goods (toilet paper, paper towels, etc.), and these shortages quickly spilled over to the food aisles,” said Eric Rempel, chief innovation officer, Redwood Logistics. “To make matters worse, the nation’s highly concentrated meat plants began shutting down due to COVID-19 outbreaks, causing shortages for pork and beef all over the country.”

The research details the uphill challenges CPG and food shippers faced and the struggles to procure capacity in a timely manner to ensure shelves were stocked with essentials during the pandemic. With depleted inventory levels and high demand, the industry saw huge spikes in carrier rates.

“Since the economy has re-opened, respondents have found increased demand has translated to Mexico, though shippers shipping between the United States and Mexico should prepare for continued disruptions at the southern border,” added Rempel.

Though shortages have been far less common as restaurants have opened and stores have placed quantity limits on goods, grocery demand has remained highly elevated. Over two thirds of respondents are seeing at least the same sales growth they experienced during a particularly strong March. Research uncovered a trend of accelerated tracking and tracing technology as shippers look to implement supply chain visibility in response to increased demand.

The research finds e-commerce has fast tracked 3-5 years, making up a large percentage of sales for many CPG and food shippers due to consumers feeling reluctant to visit brick and mortar stores. Survey respondents indicate many companies are looking to strengthen their e-commerce presence heading into 2021.

The survey respondent pool was split mainly between micro shippers and very large, national shippers. Nearly a quarter of the respondents have an annual transportation budget over $0.5 billion, while more than one-third spend less than $20 million annually.

Ontruck has rolled out a new free web tool to help fleet managers increase volumes of loads and improve their overall business ratio in one, easy-to-use solution.
Ontruck
September 29, 2020

The LoPro Drag Chain Conveyor System virtually eliminates pallet loads tipping over and damaging cases. Because the LoPro can accept three pallets at one time, it can be operated by just one person, which saves on labor costs.
Orion Packaging
September 22, 2020
Software & Technology

Guiness Rolls Out The Barrels

Technology helps this Irish brewer manage the movement of beer across the Atlantic.
Diageo
February 12, 2007
Follow Us