California-based robotics company, Abundant Robotics, is developing a machine that can pick apples off of trees and has been testing the system for several years in Washington. 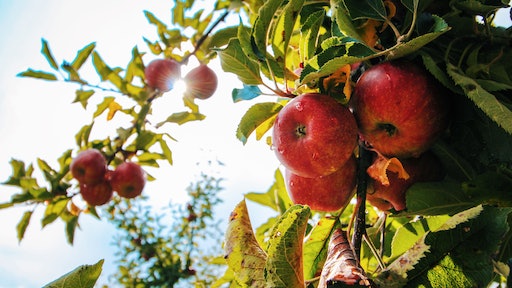 Photo by Tom Swinnen from Pexels

California-based robotics company, Abundant Robotics, is developing a machine that can pick apples off of trees and has been testing the system for several years in Washington.

Agriculture has embraced technology for some time now as it alleviates time spent in the fields and makes harvests more efficient. Currently there are tractors that use GPS technology to guide plowing and planting of seeds. However, some fruits are too delicate to be handled by machinery. Apples, however, are more durable.

Nikkei Asian Review reports that mechanically harvesting apples has challenges. Apples don't ripen all at once, so a picker has to determine whether it's ready to be picked or not.

Meanwhile, picking isn't is as simple as most think. Some varieties require the stem to be removed in order to prevent it from puncturing other apples in the bin. In addition, the fruit needs to be handled gently in order to avoid bruising. According to Nikkei Asian Review, apple pickers wind up unintentionally bruising around 10 percent of their fruit.

Abundant Robotics, however, has developed a machine that has been able to harvest apples. The company has used the machine in preliminary tests for several years and plans to launch commercial operation later this year on smaller orchards.

The machine uses cameras to scan an orchard canopy and analyzes the color and other variables that are set by the growers to determine if the apple is ripe, Nikkei Asian Review reports. Then, a vacuum will suck the fruit off the branch before it is carefully placed in a bin.

The company says that the machines won't eliminate human pickers, but will be used to go in and pick fruit that is leftover.

New Variety of Apples to be Introduced this Fall