Online Food Delivery May Take Over Cooking at Home

Home cooked meals could soon be a distant memory as food delivery apps continue to surface. 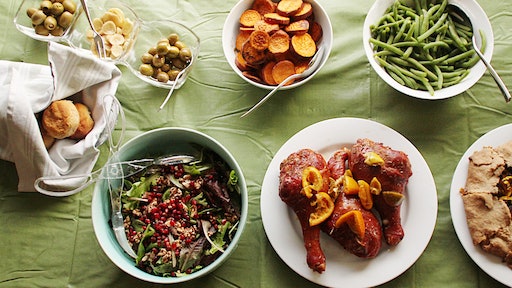 Research done by UBS predicts that food-delivery apps will prevent consumers from cooking at their own homes in the future.

The report, titled Is the Kitchen Dead, estimates that by 2030 online food delivery will command 10 percent of the total food services market.

In recent years, food delivery companies, like Uber Eats and Grubhub,have made it easier for people to order directly from restaurants that didn't previously offer delivery, creating a game changer within the food industry.

Business Insider, reports that Millennials are three-times more likely to order in that their parents are due to the convenience that delivery offers. The report estimates that the cost of ordering in can decrease to the point where it would be cheaper than preparing your own food at home.

Though, food delivery can cause a disruption among US food producers, Business Insider reports. General Mills and Kraft Heinz, known for their ready-made meals and desserts, could be hit the hardest if they don't adapt. Sonic Drive-In was listed in the report as one of the fast-food chains that could suffer from the growth of food delivery because its drive-in concept is not suited for delivery.

However, other fast-food chains are quickly adapting to the shift of the industry. McDonald's and Taco Bell are pushing towards delivery by partnering with Uber Eats and GrubHub. Business Insider reports that Chipotle sales catapulted 667 percent after announcing a deal with DoorDash in April.