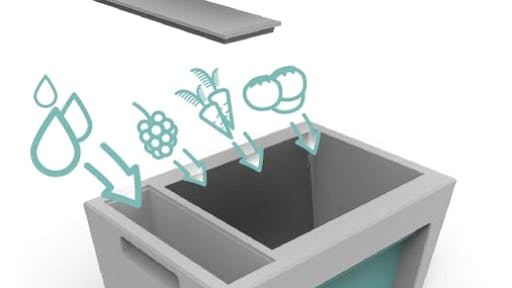 A technique practiced by early Egyptians may be the answer to a modern-day problem.

"Some of the causes for wastage include out-dated or bad agricultural practices, poor roads and infrastructure, including the lack of cold storage and refrigerated trucks," explained researchers Tamara Nair and Christopher Lim of Singapore's Nanyang Technological University in a new note.

The bulk of food wasted is at the post-harvest, storage and transport stages, not at the consumption end, they observed, noting that India loses up to 40 percent of fruit and vegetable output because of poor refrigeration.

Securing financial capital to install proper equipment can be tough for farmers in emerging economies so Nair and Lim recommended an answer that doesn't use electricity: Evaporative cooling.

"Egyptian, Roman, and Persian societies used the idea to store food by simply resting two terracotta pots, one over the other, and filling the space in-between with sand and water. As water evaporates from the sand, it removes the heat thus keeping the pot above, where food is kept, at cooler temperatures."

Anaplan VP of global supply chain solutions Evan Quasney gives insight into how the supply chain disruptions will show up on the Thanksgiving table this year, as managing editor Brielle Jaekel asks him about trends in the industry.
Anaplan
November 23, 2021
Follow Us