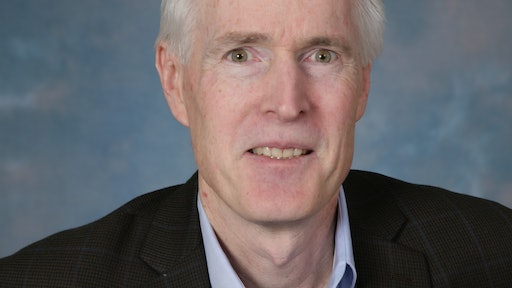 Editor’s note: The following is an excerpt of Mr. Finn’s blog, “Global Summit, Global Impact,” and has been edited to highlight presentations given by executives from Carrier and United Technology Corporation.

In December, I joined colleagues from around the world in Singapore for Carrier/United Technology Corporation’s third annual World Cold Chain Summit to reduce global food loss and waste. Refrigeration has a huge role to play in preserving food, particularly in less developed countries, and Carrier is playing a key role in driving the conversation on the need to reduce loss and waste along the global food supply chain. It’s a critical challenge, one that has significant social, environmental, financial and security implications. It’s also a monumental opportunity.

The 2016 Summit convened 163 multi-disciplinary delegates from 36 countries, all with an interest in addressing the challenge of reducing global food wastage.

David Appel, president of Carrier Transicold & Refrigeration Systems, provided an outline of Carrier’s role in preserving and protecting the world’s food supply from harvest to consumer. A key theme in this space is innovation, and Appel highlighted Carrier’s investments in digital and wireless technologies that allow the company to track the temperature and geo-location of more than 10 million customer shipments annually (and, importantly, to predict failures before they occur). The scale is impressive. He also detailed Carrier’s work in engineless technology and natural refrigerants—important innovations to reduce the emissions impact of the cold chain in the future.

John Mandyck, chief sustainability officer, United Technologies Corporation, followed with an effective overview of global food loss and waste, noting that while the world currently produces enough food to feed 10 billion global citizens, we are only feeding 6 of 7 billion (nearly 1 billion are hungry, while even more experience micronutrient deficiencies). At the same time, we waste 40 to 50 percent of our food (about 1.3 billion metric tons of food annually). That coexistence of hunger and excessive waste clearly makes no sense, prompting him to ask the compelling question: “Where else in society would we tolerate that level of wastage?”

He added that the global population would grow by 30 percent by 2050, with 70 percent living in cities. In other words, we continue to move further away from our food, and that presents additional logistics and storage challenges (and opportunities). Pointing to the United Nations’ Food and Agriculture Organization (FAO) classification of food waste by type, Mandyck noted that refrigeration has the potential to reduce loss and waste among all of them.

Furthermore, he mentioned the enormous environmental impact of food loss and waste in terms of emissions (3.6 billion metric tons of CO2 annually)—pointing out that if ranked as a country, food waste would be the third-largest emitter of greenhouse gases. Those emissions not only are concerning from a climate change standpoint, but they also lead to an increase in ocean acidification and threaten global seafood stocks.

Mandyck followed with two key points. First, less than 10 percent of the perishable foods in the world are refrigerated today. Second, if we extend the current cold chain from developed countries to less developed countries, there is a 10-to-1 benefit in terms of carbon reduction. Clearly, there is significant opportunity to advance food security through cold chain advancements, while simultaneously achieving environmental benefits.

The second day of the summit began with a panel “exploration” of various cold chain ideas. Pankaj Mehta, country head and director, Carrier Transicold India, discussed the results of a pilot project to reduce fruit loss in India involving kinnow—a variety of mandarin orange. Mehta noted that while India is the second largest producer of fruits and vegetables in the world, only 1 percent of that production is exported due to lack of cold chain capability, and much goes to waste—yet another statistic that screams opportunity for cold chain development. Comparing results for a specific farmer with 800 hectares, Mehta showed the benefits in terms of increased profit and reduced environmental impact from a shift to proper cold chain procedures.

UTC’s Mandyck concluded the summit with a final motivational thought for attendees: We should continue to look at food loss and waste not as a challenge, but an opportunity.

Steven M. Finn is co-founder and managing director or ResponsEcology USA (www.responsecology.com), an environmental consultancy facilitating strategic initiatives in the pursuit of sustainability excellence.  His blog can be found at www.foodforthoughtfulaction.com.