Adapting the financial technology can make the food system safer. 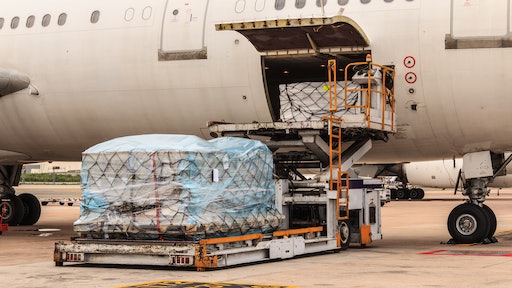 Unit Load Devices (ULDs) come in passive and active versions, but the active ones are too large for China’s domestic aircraft, meaning they can’t be used to send fresh food to the country’s interior.

Supply chain finance technology and food safety. At first blush, they don’t seem to mesh. How do the complexities of Bitcoin and blockchain make our food supplies safer? After all, blockchain is a digital system that allows parties to transact individual codes for goods. It’s the underlying technology behind virtual currency bitcoin.

Nice, but again, how does it make food safer? By using a variation of the technology to enable track & trace from farm to fork. According to Japan Times, Wal-Mart, along with IBM, is testing the technology on mangos in the United States and pork in China.

What blockchain does is provide immediate visibility into any transaction, says financial website Investopedia. “A blockchain is a public ledger of all Bitcoin transactions that have ever been executed. It is constantly growing as ‘completed’ blocks are added to it with a new set of recordings. The blocks are added to the blockchain in a linear, chronological order. Each node (computer connected to the Bitcoin network using a client that performs the task of validating and relaying transactions) gets a copy of the blockchain, which gets downloaded automatically upon joining the Bitcoin network. The blockchain has complete information about the addresses and their balances right from the genesis block to the most recently completed block.”

“I see a lot of potential to create what I call a digital and transparent food system,” Wal-Mart food safety vice president Frank Yiannas told the publication.

The technology enables different parties in the supply chain to share details such as the date an animal was slaughtered or the weather conditions at harvest time. Data can be stored through a photograph on a smartphone that is transmitted onto a dedicated platform. The system also can counter fraud and mistaken deliveries, champions of the technology say.

“The advantage of blockchain is that the ledger is immediately updated and all the parties have access to the latest information,” Bill Fearnley, Jr., an expert at market intelligence firm IDC, told Japan Times.

Food tainted by e coli or salmonella can be more easily traced. Remember the packaged spinach scare of 2006? It took investigators weeks to figure out the problem. (The spinach field was at a lower elevation than a neighboring dairy farm. Then it rained a lot.) With the visibility and immediate availability of blockchain data, the problem could have been solved in days, rather than weeks.

It’s no secret that consumers want to be more informed about what they and their families are consuming. Blockchain’s transparency will let them look up information on where food comes from and it’s path to their grocery and home. It can keep them informed about GMOs and artificial ingredients they may not want to eat.

Even fraud and delivery issues can be controlled, and not just on local deliveries. Danish shipping giant Maersk estimates the technology could save billions of dollars by eliminating fraud and incorrect deliveries. Maersk is testing the technology with container ships between Kenya and the Netherlands. But, the shipper says, adding the technology won’t be cheap. For example, a refrigerated product raised in Africa and shipped to Europe requires at least 30 people with some 200 interactions among parties, including customs, taxes and food safety oversight.

But once in place, blockchain can make that process easier and safer.