Just months after Uber Freight launched its Facility Ratings feature in its app, the company has published its first Facility Insights Report. 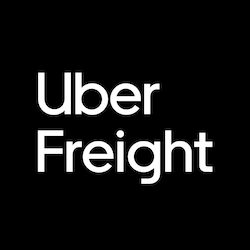 Just months after Uber Freight launched its Facility Ratings feature in its app, the company has published its first Facility Insights Report, a cohesive analysis of carriers' ratings of shipper facilities that will be released regularly.

The report and feature is intended to make the freight marketplace more transparent by leverage crowd-sourced information on thousands of facilities across the country. In the app, drivers are able to rate facilities on a one to five star scale and leave notes on their visit, helping others determine their next load. According to FreightWaves, the market should dismiss inefficient shippers with higher rates and reward efficient shippers with lower rates.

Meanwhile, the report found that "fast loading" was cited in 37.1 percent of all reviews, more than twice as often than the next most popular indicator, "friendly service."

While the Coronavirus outbreak will create major challenges to businesses all over the world, it could also present an opportunity for companies to improve their shipping expenses.
Tony Nuzio
March 23, 2020
Follow Us