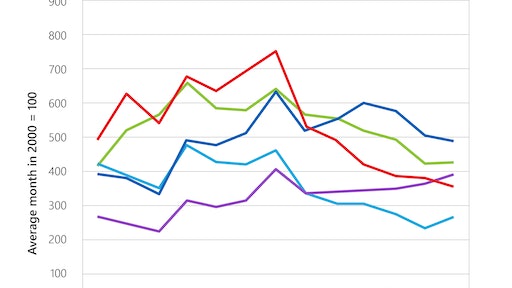 Freight availability on the spot market slipped 6.3% in December, month over month, according to truckload freight marketplace operator DAT Solutions.

Despite the downturn, volume increased 7 percent overall for the year compared to 2017.

According to DAT Market Analyst Peggy Dorf, a surge in e-commerce freight did not bolster spot market numbers this year as expected because retailers and contract carriers appeared better prepared to handle the rush.