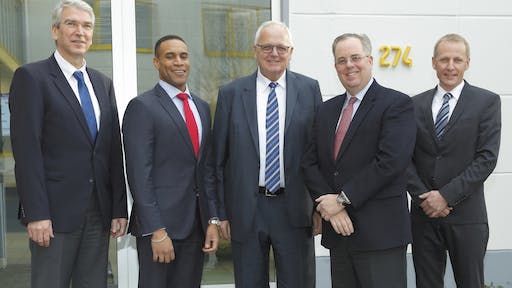 Ingersoll-Rand plc, which owns Thermo King, has acquired FRIGOBLOCK, a manufacturer and designer of transport refrigeration units. FRIGOBLOCK is now part of the Transport Solutions business, which goes to market as Thermo King. The transaction closed on March 4, 2015 for €100 million.

FRIGOBLOCK manufactures and designs transport refrigeration units for trucks and trailers in Europe, primarily sold in Northern Europe. FRIGOBLOCK operates in Essen, Germany and is home to about 150 employees. FRIGOBLOCK's annual revenue is approximately €41 million.

"Our goal for this acquisition is to provide customers with a complete portfolio of solutions that are reliable, safe, efficient and environmentally responsible to meet their transport temperature control needs - including access to new hybrid and no diesel options," said Ray Pittard, president, transport solutions, Ingersoll Rand. "FRIGOBLOCK is a unique and pioneering company that will allow us to expand our offerings immediately in Europe. In the future we will provide customers around the world this technology through our extensive global dealer network."