With the acquisition of Columbia, Lineage doubles its leading presence in the Pacific Northwest to eleven locations which increases storage capacity and value-added services for its customers. 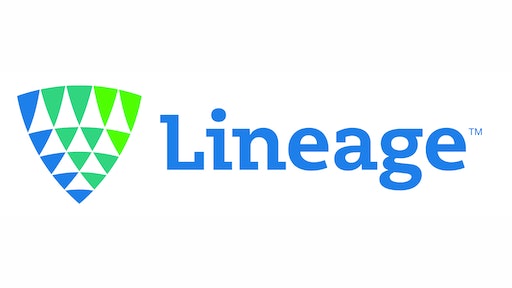 Lineage Logistics, a warehousing and logistics company backed by Bay Grove, has acquired Columbia Colstor, a third-party warehousing and logistics company headquartered in Moses Lake, Wash. With the acquisition of Columbia, Lineage doubles its leading presence in the Pacific Northwest to eleven locations which increases storage capacity and value-added services for its customers. Lineage’s national footprint now reaches over 600 million cubic feet across 111 facilities in 21 states, representing the second largest refrigerated warehouse network globally based on data from the International Association of Refrigerated Warehouses (IARW). Financial terms of the transaction were not disclosed.

Founded in 1983 by President Don McGraw, Columbia encompasses over 52 million cubic feet of temperature-controlled storage capacity which represents the 11th largest in North America according to IARW. Primarily located in Eastern Washington’s robust agricultural region, Columbia serves customers who are focused on the processing of potatoes, fruits, and other vegetables grown in the Columbia Basin as well as seafood customers near the western Washington and Oregon border.

“By joining Lineage, we can access a national network of facilities and offer additional logistics solutions that will allow our business and customers alike to continue to thrive,” said McGraw. “We see great alignment between Lineage’s dedication to providing world-class customer service and our own, and I am excited about our future as a part of Lineage.” McGraw will remain active in the combined company as an investor and advisor.

“Don and his team have demonstrated exceptional leadership, reliability, and focus on service since Columbia’s founding which has resulted in strong, long-standing relationships with its customers,” said Bill Hendricksen, CEO of Lineage. “We look forward to honoring and growing those relationships for many years to come.”

“The acquisition of Columbia—combined with the imminent Tacoma, WA facility expansion—positions Lineage as the leading cold storage provider in the Pacific Northwest with the best scale, services, and team,” said Kevin Marchetti, managing director of Bay Grove.

Register
Hear from industry experts detail the ins and outs of the cold chain transportation sector and what this means for the future of food and pharma.