If CO2 shortages remain serious enough, it could also have negative impacts on health, safety and medical concerns. 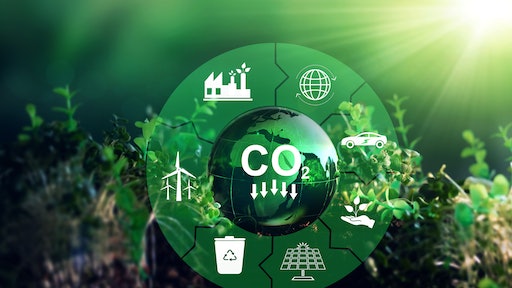 One of the prevalent supply chain themes of 2023 has been the shortage of carbon dioxide, a compound that in itself is tasteless, odorless and colorless and yet is a core ingredient in the food and beverage industries. The brewery industry, in particular, relies on CO2 for the carbonation of its beverages and has been struggling to keep up production due to the shortage. But the implications of this shortage go beyond just not being able to enjoy your favorite beverage. If CO2 shortages remain serious enough, it could also have negative impacts on health, safety and medical concerns, making it all the more imperative to understand the causes of the shortage and implement measures to mitigate the problem.

The causes of the shortage

At its core, the shortage of CO2 is largely a result of what has caused other supply chain disruptions in recent years: a mismatch between supply and demand. It’s also important to remember that most of the CO2 bought and sold on the market is a byproduct of other processes and industries, namely ethanol and ammonia production, oil refineries and geological sources such as extinct volcanoes. Together these make up the four primary sources that are EPA-certified.

Now, take ammonia. As mentioned, CO2 is a byproduct of ammonia production, which itself relies on natural gas. With high gas prices and the disruption of the gas supply coming from Russia, much of ammonia production was shut down. The production of ethanol, another primary source of CO2, was also greatly reduced during the pandemic due to diminished demand caused by the stay-at-home orders. As if this weren’t enough, CO2 reserves provided by an extinct volcano in Mississippi became contaminated, further exacerbating the CO2 shortage.

At the same time, the summer months traditionally lead to a surge of the beverage industries’ demand for CO2 due to increased beverage consumption by consumers. The record-breaking heat waves in particular further added to that higher consumption and demand. It’s not hard to see how the sum of all these factors could lead to a perfect storm of increased demand in the face of severe shortages, resulting in businesses scrambling to try and meet their customers’ demands.

It’s not just beer and soda

If CO2 shortages only affected the production of beverages like beer and soda, that would be one thing, but they impact agriculture and food manufacturing as well. In agriculture, CO2 is used to support plant growth and pest control. In food manufacturing, it is used—both in its gaseous form and in solid forms via dry ice—for the production, packaging and transporting of many staple food products such as fresh meat, cold cuts, frozen foods and baby foods, the latter of which had already been suffering a shortage due to a myriad of factors. CO2 also helps extend the shelf life of food and keep it fresh, an issue that becomes particularly important during the summer months, all of which is why large food companies have been desperately racing to procure enough to keep their supply chains running.

CO2 shortages can also have some potentially serious consequences for medicine and public health. As many may remember, the rollout of Pfizer’s COVID-19 vaccine ran into some challenges in 2020 due to a shortage of the dry ice needed to transport the medication. Of course, in emergency situations such as these, whatever CO2 is available would be necessarily prioritized for medical purposes since lives are at stake, but this also means additional strain on the food, beverage and other industries that also rely on CO2 for their processes.

Solutions for the CO2 shortage

While simply paying exorbitant prices for CO2 and passing them on to customers might be feasible in the short term, it’s clearly not sustainable. Fortunately, there are measures that can be taken to improve the situation.

First, brewers and food producers need to understand where their CO2 is coming from. A common practice in the food and beverage industry is to source with a supplier that’s as geographically close as possible because shipping is expensive. With food and beverage, it’s also necessary to monitor the quality of storage and shipping in order to maintain freshness and prevent spoilage, which also adds to the costs. For these reasons, food and beverage manufacturers generally like to source locally and this leads to a tendency to single source. Well, this works fine enough until there is a crisis.

Manufacturers who relied on the volcano in Mississippi as their sole source for CO2, for example, were sent scrambling for new suppliers when the volcano’s reservoir of CO2 became contaminated. But without second or third suppliers already in place, any disruptions of this scale take longer to recover from, and manufacturers will either find themselves getting shut down overnight or paying extremely high prices for the CO2 they need to prevent their product from getting wasted.

Aside from having visibility—knowing where your material is coming from and what the different price options are—also put risk management and contingency plans into place, and have them in place before disruptions occur, not after. Trying to figure out if suddenly switching to a secondary or tertiary supplier is going to alter the quality or flavor of your product, for example, is not something you want to be doing in a panic at midnight. It would therefore be wise to cultivate relationships with backup suppliers, even if they’re more expensive, by giving them some of your business in advance. It’s easy to forget that much of resilient supply chain management is simply about cultivating relationships during non-crisis times so that when a crisis hits, you are already positioned to adapt. And while your backup suppliers may be slightly more expensive, it would be worth investing the expense in the short-term to avoid even more exorbitant costs in the long term when left without a supplier and paying ridiculously high prices just to procure any CO2 at all (as some food and beverage companies have indeed done).

Investing for the long term

Finally, for the brewing industry specifically, the ideal long-term solution would be to invest in CO2 recycling equipment, which would make it possible to rely less heavily on third-party supplies since you’re essentially recreating your own supply. The challenge with this solution is that it would be very expensive in the short term and therefore may not make business sense for startup breweries that only make very small batches. However, companies that have been around for several years and are experiencing steady growth would do well to at least consider this option. Ultimately, this would be the best long-term solution because even secondary and tertiary suppliers can suddenly become unavailable in a large-scale disruption. But it does require forgoing some short-term profits now since such technology can easily cost tens or hundreds of thousands of dollars.

Brewing good beer is often like an art, while effective supply chain management is more of a business and a science. Unfortunately, very talented artists are not always equally good at business or science as they are at their craft. Yet as the recent CO2 shortage has shown, lack of foresight and planning on the business side can have detrimental impacts on the artistic dimensions of brewing and other related food and beverage industries. Applying strategies to prevent this from happening, therefore, is one of the best ways to honor the artistry and craftsmanship that goes into the making of these products.