The number of available loads on the spot truckload market fell 2.7 percent during the week ending June 18, according to DAT Solutions, which operates the DAT network of load boards. 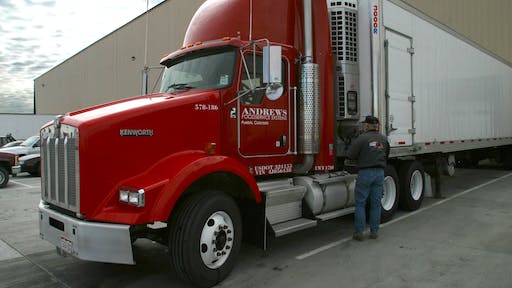 The number of available loads on the spot truckload market fell 2.7 percent during the week ending June 18, according to DAT Solutions, which operates the DAT network of load boards.

A 9.7 percent increase in capacity did little to move spot rates as a national average.

The van rate was unchanged at $1.61/mile compared to the previous week. The national average reefer rate gained 2 cents to $1.96/mile, including a 1-cent rise in the fuel surcharge, and the flatbed rate was $1.95/mile, up 2 cents due to a seasonal increase in demand.

The van load-to-truck ratio hit its second highest mark of the year, at 2.7 loads per truck, and that was a 12 percent decrease compared to the previous week.

The high number of van loads heading to the Northeast gave the region trucks to spare and helped keep rates down on key lanes. One example: Buffalo to Allentown, Pa., dropped 17 cents to $2.28/mile. Buffalo outbound rates in general took a big hit despite strong volumes.

While reefer rates and volumes were flat nationwide, California is cooking. Three of the top five markets for reefer load posts were Los Angeles (No. 2); Fresno (4); and Ontario (5). Two of the better-paying reefer lanes in the country were out of Sacramento: