Trade Heats Up In The U.S. Southeast 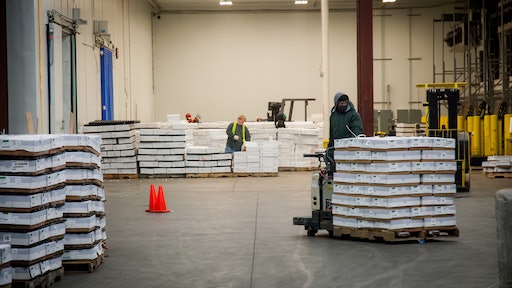 Florida ranks as the third most populous state in the nation while the U.S. Southeast region comprises over 60 million consumers, all of whom live within a day’s truck drive from the Port of Jacksonville.

No doubt, JAXPORT and its rivals in the region are in the midst of a trade boom fuelled by rising agriculture imports/exports and domestic consumption. The pending completion of the Panama Canal expansion project is only going bring more business to ports and other logistics providers who have been making strategic infrastructure investments over the past few years.

At PortMiami, the Deep Dredge project is just wrapping up. The project deepened the Port’s main harbor channel from 42 feet to a depth of 50-52 feet, making it “the only major logistics hub south of Virginia capable of handling fully laden post-Panamax vessels,” according to a press release.

The Port is investing over $1 billion in capital infrastructure projects to take advantage of the Panama Canal expansion. New gantry cranes are already in place to service cargo vessels up to 22 containers wide with up to nine containers above deck and 11 containers below. Other projects include a new on-dock intermodal rail service linking PortMiami to 70 percent of the U.S. population in four days or less; along with a new tunnel that connects the Port to the interstate highway system.

For refrigerated cargoes, PortMiami offers more than 1,000 reefer plugs and USDA authorization for on/off port fumigation. In addition, the Port is the only one in the nation designated by U.S. Customs and Border Patrol as a Center for Excellence and Expertise (CEE) for Agriculture and Prepared Products.

Earlier this year, Gulf States completed a 55,000-square-foot expansion to its Savannah location, which doubled its overall storage capacity to 28 million pounds of frozen cargo.

“We want to grow with the Port of Savannah,” remarked John Dean, vice president of sales at Gulf States. “I think it’s very important for businesses such as ours to keep up with the capacity that can be handled through the Port.”

Gulf States handles the export of poultry, beef, pork and seafood, as well as some frozen vegetables—a growing business segment. Key produce imports such as onions from South America are shipped through Savannah to supply the U.S. Southeast in the winter months, due to the opposite growing season south of the equator.

However, Klempf was agreeable to a trial that involved shipping reefer trailers on flat cars (TOFC) from Jacksonville, Fla. to Hialeah (Miami).

“The timing was good, especially with what it takes to keep a driver on the road today and the challenges associated with regulations and wear and tear on your equipment,” recalls Klempf. Furthermore, truck moves between north and south Florida also face considerable congestion on I-95.

No extra packaging or dunnage is required for the reefer trailers that move via rail. “We just do our part to load the trailers properly from the start and the eggs arrive in good condition,” says Klempf.

“This is a testimony to rail,” says Klempf. “If FECR can go 400 miles with a trailer-load of eggs and they arrive in good condition, then they’re doing something right.”

A partnership leads to greater value. It’s the difference between saving $100 on a shipment or saving 10% on total freight spend.
September 1, 2021
Follow Us