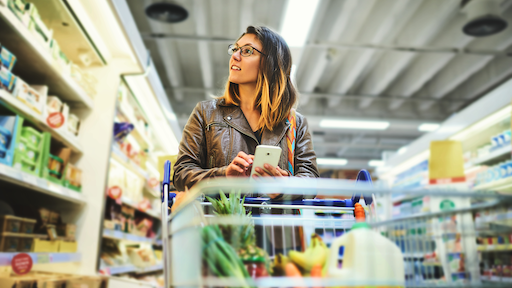 Instacart, Walmart Grocery and Shipt have all been setting records for downloads of their mobile apps each day for the past three days, according to research released by Apptopia, due to the spread of the Coronavirus disease (COVID-19).

Even though Walmart announced it is slowly closing its standalone grocery delivery app and rolling it into its flagship app, new installs have been increasing.

Meanwhile, Instacart and Shipt (owned by Target) have also seen rises in new installs of their mobile apps, with an increase of 98% over the average number of daily downloads in February.

Crisp is tapping into real-time analytics in European food buying in the hopes of prediction American consumer behaviors as the pandemic goes on so that food processors can better prepare.
Crisp
March 31, 2020

The report proves that B2B salespeople aren’t going anywhere, despite Forrester arguing in 2017 that the B2B salesperson would be displaced by technology by 2020.
March 25, 2020

For retailers joining home delivery for the first time in an effort to mitigate the spread of Coronavirus (COVID-19), FarEye is offering its solution without cost.
FarEye
March 23, 2020