Spot truckload van and refrigerated freight rates recovered last week after a period of higher demand and declining fuel surcharges, according to DAT Solutions, which operates the DAT network of load boards. 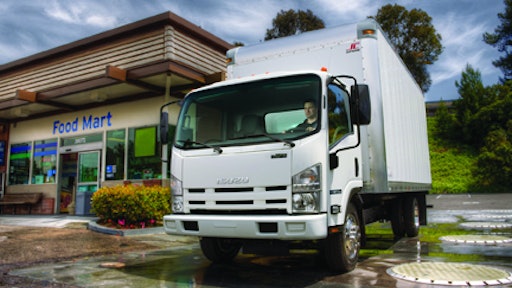 Spot truckload van and refrigerated freight rates recovered last week after a period of higher demand and declining fuel surcharges, according to DAT Solutions, which operates the DAT network of load boards.

Van load availability increased for the second straight week, with the number of posted loads up 6 percent compared to the previous week. With available truck capacity down 3 percent, the national average load-to-truck ratio increased to 2.0 loads per truck, meaning there were 2.0 available van loads for every truck posted on the DAT network.

The national average van rate rose 3 cents to $1.78 per mile despite a 1-cent decline in fuel surcharges, showing signs of recovery.

During August, the average van rate was $1.75 per mile, 6 cents lower than in July, due partly to a 4-cent drop in the average fuel surcharge, and 25 cents below the rate for August 2014, also due to the fuel price decline that shaved 23 cents per mile off the average surcharge.

Refrigerated load volume jumped 4 percent compared to the previous week while available truck capacity was mostly flat (up 0.3 percent). The reefer load-to-truck ratio increased from 4.9 to 5.1 and the average reefer line-haul rate rose 3 cents, but that was offset by a 2-cent decline in fuel surcharges for a national average of $2.04 per mile.

Flatbed load availability slipped 1 percent but the number of truck posts declined 7 percent. The national flatbed load-to-truck ratio increased from 9.5 to 10.1 loads per truck and the average flatbed rate slipped 2 cents to $2.04 per mile.

The national average price of diesel rose 2 cents to $2.53 per gallon last week. All reported rates include fuel surcharges.