A few high level executives in the logistics and supply chains sectors have passed away. 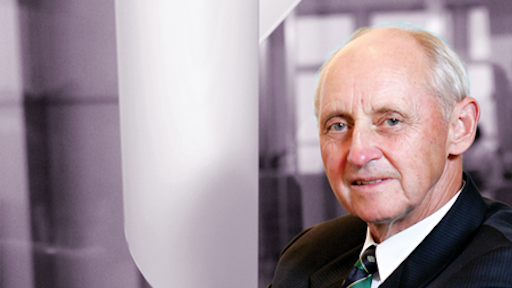 Maritime industry group Wilhelmsen Group is saying goodbye to its fourth-generation family owner, Wilhelm Wilhelmsen as he passes away at age 82.

He is survived by wife Ninni, three children and eight grandchildren.

Wilhelmsen Group detailed that the owner has been formally involved with the company since 1964 when he became a partner. Then in 1992, he became chair of the board and was active until his passing.

In 1861 in Norway, Wilhelmsen’s great grandfather established the company. The group credits the late Wilhelmsen with responsibility for growing it into one of the largest maritime groups in the world, with almost 1500 employees in more than 70 countries.

The owner is also a well-known philanthropist, celebrated for contributing large sums to the family foundation named for his father, Tom Wilhelmsen Stiftelse. In 2007, he received The Royal Norwegian Order of Saint Olav Knight 1st Class.

Dot Employee of Half a Century Passes Away

Jerry Yates, 57-year employee of Dot, has passed on at the age of 86. The company mourns his death, as he passed away on Feb. 20, and attributes much of its success to him after joining in 1963.

As vice-president of maintenance, Yates was known as founder Robert Tracy’s right-hand man, responsible for managing tractor and trailer maintenance.

The executive was on the board of directors for many years and also assisted in a variety of tasks and jobs throughout the company.

Many Tracy family members expressed the impact Yates had on their lives, with executive chairman John Tracy going as far as to say he was the most important person in their lives aside from their parents. Yates had no children of his own, but treated the Tracy children as his own family.

He is survived by his wife Dorothy Yates.

Owner and CEO of Dick Cold Storage Don Dick has unfortunately passed on after a brief illness this past weekend.

He is survived by his wife Peg Dick.

The Taylor-Dunn TT-416 is the industry’s only stand-up tow tractor with full front and rear suspension and features the highest capacity operator compartment in its class.
March 13, 2020

Dollar General is accelerating its expansion of produce offerings, which provides the Top 20 items, typically sold in traditional grocery stores and covers approximately 80% of the overall categories.
Dollar General
March 13, 2020
Follow Us