The Impact of E-Commerce on Food & Beverage

Online grocery is still getting its legs, but all signs indicate it will be running at full speed in the near future. 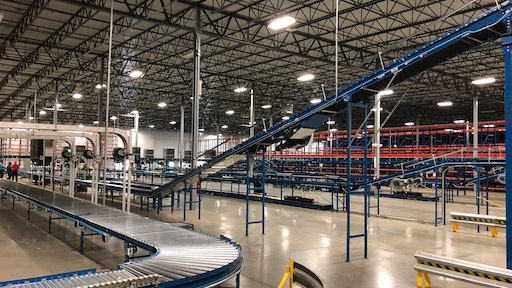 When it comes to e-commerce in the grocery sector, it’s apparent there’s substantial room for growth. A recent Gallup poll of 1,033 adults revealed that 84 percent of Americans do not order groceries online, while 89 percent have not used meal kits.

Of the 11 percent who do order online, whether they pickup or opt for home delivery, they do it only twice a month or less, while a small 4 percent report ordering online once a week or more.

According to Lydia Saad, senior director and advanced consultant at Gallup, “Americans overall remain traditionalists when it comes to purchasing food, relying mostly on grocery shopping rather than services that bring food to them.

“Services like PeaPod, Instacart, Shipt and Amazon Fresh that cut out the trip to the grocery store appeal mainly to those short on time: parents with children younger than age 18 and employed adults,” Saad explains, adding that, “Higher-income Americans are also bigger adopters of grocery delivery, either because higher income means they can afford more groceries or they have greater access to mobile technology like smartphones and tablets that make ordering online easier.”

So why aren’t more consumers ordering groceries online? It’s not a technology barrier, says Saad, considering how other areas of e-commerce are booming.

“Food can be one of the biggest line items in people’s household budget, and going to the store—including comparison shopping among stores—may afford more control over getting the lowest prices. Others may simply enjoy browsing a grocery store for inspiration, prefer to pick out their own perishables or not want to plan ahead for meals,” she states. “If dinner is not in the fridge, then a trip to the store or a restaurant solves the problem. And if that’s too much trouble, there’s always takeout.”

A deeper look at the online grocery sector, and e-commerce in general, reveals a more optimistic outlook, however. In August, Walmart reported that its U.S. e-commerce sales were up 40 percent in the second quarter, with online sales for the entire year expected to also rise 40 percent overall. Walmart, which ranks as both the largest retailer in the world and the biggest grocer in the U.S., saw strong growth in categories such as grocery, apparel and seasonal merchandise.

During an earnings conference call, Greg Foran, the retailer’s U.S. chief executive, acknowledged that, “We saw strong performance in fresh food,” mentioning produce, meat and bakery goods among those helping to drive grocery sales, including those made online.

Walmart now offers curbside pickup of online grocery orders in 1,800 U.S. stores, which is bringing in new customers, says Brett Biggs, the retailer’s CFO. It also overhauled its website and worked to use its physical locations as distribution points for online grocery orders and other goods.

ODW Logistics is opening a new facility in mid-October that is targeting clients who are looking for an e-commerce fulfillment solution. The 200,000-square-foot facility is located along I-71 in Columbus, Ohio, and is within a 10-hour drive to nearly 50 percent of the U.S. population and one-third of Canada.

“Columbus is a market that has a lot of good attributes in terms of distribution, access and availability of parcel carriers that offer competitive rates," notes Jeff Clark, ODW executive vice president.

In addition, it offers favorable cut-off times, which are key to supporting a 24/7 supply chain, as well as critical rail links served by CSX and Norfolk Southern.

“That’s really important when it comes to e-commerce,” says Clark, because so many consumer products are made overseas then imported through major container ports on the eastern seaboard and moved via rail to places like Columbus for distribution.

According to Clark, ODW’s new high-tech, highly automated facility addresses the needs of shippers who want to use a single source of inventory for multiple commerce channels, and do it efficiently in the midst of a tight labor market.

E-commerce, and direct-to-consumer fulfillment in particular, can be very labor intensive, which makes it a perfect candidate for automation as a way to “remove labor content,” says Clark, while simultaneously making the process more productive.

At the same time, whether the shipper is sending merchandise direct to the consumer, or shipping to a retailer, they want to be able to use a single inventory, and do it with equal efficiency, says Clark.

“This facility is a good representation of our response to those two major e-commerce trends,” he adds.

ODW’s clients also want flexibility with the type and configuration of merchandise that is shipped direct to consumers versus a retail outlet. For example, a back to school promotion may include a variety of items packed together in one configuration for online sales and a different configuration for display in a store, says Clark.

The reason for the differences could be due to size and weight constraints or for a promotion that is specific to the internet versus in-store.

Ultimately, the client wants the flexibility to do both. The new facility is therefore designed to support a lot of picking for individual items as well as larger quantities like cases and pallets.

As e-commerce continues to grow, manufacturers and shippers from all sectors are being forced to reevaluate their supply chains. Not surprisingly, ODW is having more “consultative” discussions with clients as they look for solutions to take advantage of the omnichannel market, confirms Clark.

A lot of the discussions center around demand planning, inventory planning, analyzing locations for distribution and boosting speed to market, he explains. In addition, a lot of clients are focused on improving their ability to track and trace products.

Responding to the Amazon Effect

The impact of e-commerce is manifesting throughout supply chains and sectors, from B2B and B2C, and from grocery to virtually every other consumable good. Consumers’ expectations are changing and businesses must respond.

Jim Hilton, global principal of manufacturing, transportation and logistics for Zebra Technologies, recounts a conversation he had with a key fruit and beverage customer earlier this year.

For decades, Zebra’s customer shipped pallets of product to distribution centers, where it would be broken down and sent to retail outlets for sale as single units. However, the customer saw that its consumers were increasingly accustomed to ordering online, so they made significant adjustments in response.

“It was just amazing to me how they fully recognized that they needed to completely re-engineer the shipping side of their supply chain to accommodate that,” says Hilton.

In its most recent sutdy, The Future of Fulfillment Vision Study: Confronting logistics challenges in an omnichannel shopping landscape,” Zebra says the Amazon effect and need for speed are prompting decision makers to try out a “vast array of delivery strategies to trim time, distance and cost from shipping orders,” including curbside pickup, warehouse pickup and merchandise pickup at third-party locations such as parcel shops and lockers. Meanwhile, tech startups like Instacart, Qourier and UberRush are doing their part to speed fulfillment.

Finding solutions for last mile delivery and speedy fulfillment “has given rise to a crowdsourcing model whereby retailers, manufacturers, logistics companies and technology newbies are working collaboratively to get products in the hands of shoppers faster. That comes as little wonder, as some of the world’s biggest retailers are increasing their same-day delivery capabilities to compete with online giants,” according to the study, which notes that within five years, 78 percent of logistics companies surveyed expect to provide same-day delivery, and in 10 years, 39 percent anticipate delivery within a two-hour window.

How can that be achieved? By any available means of transportation, it seems. The following chart details some “emerging shipping options” mentioned in the study, and the estimated percentage of shipments that will be delivered via each option by 2028:

Food And Beverages Push Into E-Commerce, Raising Questions For The Supply Chain