Global Commercial Vehicle Production Expected to be down 22% in 2020

Individual regional forecasts are set to a downtrend, and supply chain impacts are being felt, as the consequences of the virus have shuttered manufacturing and supplier facilities around the world. 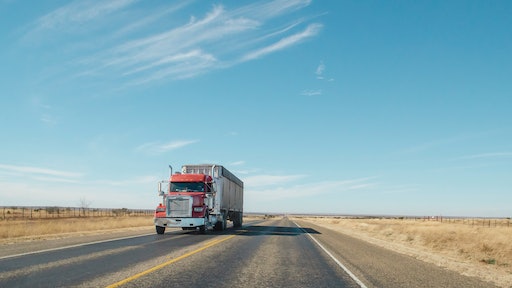 Global commercial vehicle production (GVW 4-8) volumes in 2020 compared to 2019 are forecast to be down 22 percent (more than 650,000 units) to 2.6 million units, in the wake of the COVID-19 pandemic, according to the most recent analysis from IHS Markit. Individual regional forecasts are set to a downtrend, and supply chain impacts are being felt, as the consequences of the virus have shuttered manufacturing and supplier facilities around the world.

Most commercial vehicle factories in mainland China have returned to production now.  Earlier this year, shutdowns across China resulted in more than 80,000 units of lost production among truck manufacturers in the January-February period; March output appears to have recovered a portion of this volume, despite Hubei province workers returning in the second week of the month, later than plants in other provinces. In fact, the relative strength of the March data compared to February suggests many plants may be online near full capacity again.  Looking across the full year, IHS Markit is expecting a 21 percent decline over 2019 production volumes due to a combination of factors including COVID-19, but also the natural weakening in truck demand following unusually strong sales in 2018-19.

The policy response to assist the commercial-vehicle industry has been broad, with a variety of direct and indirect supports announced, locally and nationally.  By way of example, while the logistics industry has been negatively impacted, one of the  measures so far announced includes the exemptions on payments of highway tolls through the end of June, and subsidies on New Energy Vehicles (NEV’s) have been extended for another two years, from 2020 to 2022.  New financing has also been announced to eliminate high emissions vehicles in key regions which should give some support to boost to truck sales, all else equal.  More indirect steps for the industry also include bond-financed infrastructure investments; measures to stimulate domestic consumption; and policies to support small- and medium-sized companies, in particular, and companies in Hubei province to stabilize the employment rate.

“The local industry is already recovering, with commercial vehicle plants re-opened,” said Andrej Divis, director of commercial vehicle data & forecasts at IHS Markit.  “March appears to have been solid, on preliminary data, and April may even reach prior-year volumes thanks to strong government stimulus, but we do not see all of the lost volume being made up.  We are trimming our full-year outlook for the region by about 4% compared to earlier expectations.”

Regional Impacts Based on Ordered Shutdowns and Demand

Regional impacts will vary as the virus runs its course and significant business has been halted. As of now, IHS Markit predicts nearly all regions will see percentage declines in the double digits this year, with sales and production of tractor trucks a.k.a. “artics”, generally, leading the way down.  The unfolding crisis will cast a shadow over truck demand in the medium term, too, subject to the details of government policy responses and the eventual duration of the crisis.  Existing information leads IHS Markit to believe that recovery in 2021 is expected to be substantial, but short of returning to the previous trend.  Key regional insight on a few major markets follows:

For the North American market, IHS Markit forecasts a production decline of more than 30 percent in Class 4-8, or about 198,000 units from previous forecasts, as the economic slump combines with rapidly ebbing replacement pressure to undermine new orders.  For the full year in the region, no more than 387,000 units (excluding bus chassis) will be produced in 2020, as truck makers have planned downtime through mid-April (possibly to be extended), which will account for approximately 13,000 units of lost production in North America this month alone.  Output of Class 8 trucks is expected to drop more sharply than of Class 4-7, and within Class 8, tractor trucks are anticipated to fall the most, as much as 50% from 2019 production levels.  This reflects anticipated shifts within the U.S. truck-buying industries primarily, but Canada and Mexico are likewise seen with significant declines in 2020 demand.

Within the US, an analysis of weekly new vehicle registration statistics, available sooner than full-month production figures, confirms the expected direction of the market and shows a strong fall in the last two weeks of March, with a sizable decline as the COVID-19 situation evolved around the US.  Preliminary registrations statistics for the month of March suggest a year-over-year decline in new Class 4-8 truck registrations of approximately 30%.

Europe has become the epicenter of impact with nearly 50,000 units of lost production in March and April, as of this writing, due to stringent plant closures, workplace controls across the region, supply chain challenges, and stay-at-home orders. For the year, IHS Markit forecasts a decline in European production of 14 percent from the prior year.  This downturn in production, of course, reflects weaker demand throughout the region as well as in export markets.  IHS Markit anticipates some of the sharpest slides in demand in Italy and the United Kingdom in Western Europe and in countries including Poland in Central Europe, where the trucking industry prominently supports European goods movement. Meanwhile, in Russia, the combined negative impact of historically low crude oil prices and pandemic-induced lockdowns will undermine the country’s already weak growth, which will disrupt truck demand.

For major truck producers in Japan and South Korea, most have been forced to suspend operations due to reported parts shortages, resulting in 8,000 units of lost production.  However, restrictions are expected to ease through May.

“Overall, compared to the downturn experienced in 2009, on a calendar-year basis, we’re seeing the same type of decline with respect to the prior year– a global production decline of about 20 percent,” said Divis. “However, it’s worth pointing out that in today’s environment and given what we expect about the duration of the crisis, we don’t feel the market will fall as far as it did then in units.  A number of conditions are different, including the growth of the world economy since then and the fact that the volume of trucks is larger as a result, leading to higher replacement levels.  Also, we expect the intense phase of the health crisis to pass by year’s end, opening the window for trucking to resume its business.  This means that even though monthly production volumes in the coming quarters may dip below levels we saw during the depths of the last recession in 2009 in some regions, overall, annual figures are still expected to be higher than 2009 totals,” he concluded.