Blockchain technology is known for its ability to track and trace products across the supply chain, but its potential to free up trillions of dollars worth of economic value is less discussed. 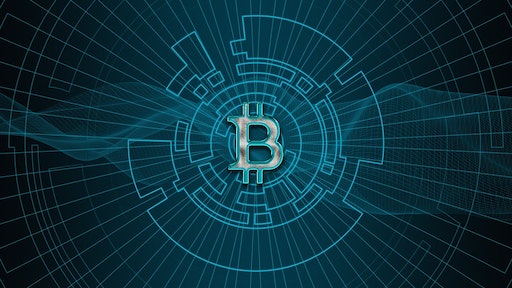 Blockchain technology is known for its ability to track and trace products across the supply chain, but its potential to free up trillions of dollars worth of economic value is less discussed.

The use of blockchain technology to confirm the provenance of goods and to track them from producer to consumer is becoming a ubiquitous theme across the food supply industry as large companies and social enterprises eye the technology for efficiency and social impact purposes.

Billed by proponents as “trust protocols,” blockchains are distributed and decentralized as immutable databases that can be accessed by different parties operating in a given supply chain. Whenever a product changes hands, that corresponding transaction is permanently recorded on a shared database that cannot be edited or deleted.

While this ability to track-and-trace agricultural and food products across a supply chain offers significant improvements and efficiency gains over current solutions, the true transformative potential of blockchain has been less discussed: freeing up the trillions of dollars-worth of economic value frozen in working capital at any given time around the world.

Liquidity problems are at the root of the supply chain, especially in the developing world. Farmers and distributors with little access to banking services are often paid 60-90 days after delivering product, or have to accept a 50 percent to 60 percent price cut if they want their buyers to front them liquidity. This results in a working capital squeeze on those who can least afford it. They then are forced to take out high-interest loans in order to pay for the next season’s seed or feed.

The value-adding participants of the food supply chain struggle to cover other financials costs that add zero value to the business. This creates a situation where farmers frequently realize 6 percent or less of the value of the crops they sell. In the rice trade, for instance, as much as 40 percent of the end price comes from financial intermediation. The potential benefits of lowering these costs would be life changing for rice farmers and consumers since many of the largest rice exporting countries also happen to be the largest rice consuming countries.

Thus, producers and other value-adding intermediaries are more concerned about actually getting paid than about ensuring consumers can verify via a blockchain the origins of their food.

Blockchain might be able to solve the trust and traceability issues facing food supply chains today, but this will only happen after solving the problem of access to liquidity for capital-constrained actors at the far ends of the chain.

Thanks to its stable exchange rate against a major fiat currency, this kind of virtual currency functions as a cash equivalent and can be easily traded and exchanged. Using this solution, farmers and other value-adding participants could lend themselves money against the value of their existing assets and then pay themselves back once their invoices are settled.

Reducing the dependence on large centralized financial intermediaries that only extract value from supply chains is a critical step toward an ethical, traceable and healthy food supply. Farmers who are paid fairly and on time can reinvest that working capital toward better production methods, like new blockchain-based track-and-trace solutions, resulting in greater quantities and better quality products for end consumers at a better price.

Scott Nelson is the CEO of Sweetbridge, a global alliance that is leveraging blockchain to accelerate trade-financing and offer low-interest loans. Prior to Sweetbridge, Nelson founded and led Trax Technologies as CEO as it evolved from a small logistics consulting and software firm into a global SaaS and services company.