The law, signed by Gov. Pete Ricketts after being passed 34-14 by state legislators February 5, reverses a measure that went into effect in 1999 that restricted corporate ownership of land and farms to protect small, family farms. 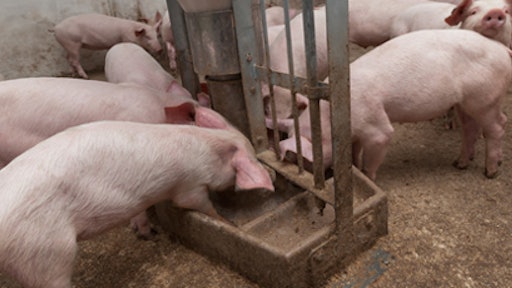 Nebraska, the sixth-largest hog producer in the United States, has had a sharp decline in recent years in the number of farms that sell hogs.

A new Nebraska law ends one of the last state bans in the U.S. on meatpacking companies owning hogs, a move that some critics say will extend the power processing companies hold over farmers and livestock markets, according to The Wall Street Journal.

The law was signed by Gov. Pete Ricketts  after being passed 34-14 by state legislators Feb. 5. It reverses a measure that went into effect in 1999 to bolster a more general rule passed in 1982 that restricted corporate ownership of land and farms to protect small, family farms.

Big companies already own most of the broiler chickens raised in the U.S., which they then contract with farmers to raise on their behalf for a fee. By contrast, most cattle are raised by independent ranchers and feedlot owners who sell them to meatpackers for slaughter and processing. The pork sector has been more of a mixture of the two systems, but company ownership has been increasing in recent years.

Nebraska, the sixth-largest hog producer, has had a sharp decline in recent years in the number of farms that sell hogs.

Supporters of the new law, which include the Nebraska Farm Bureau and big meat companies like Smithfield Foods Inc., the largest hog producer and pork processor in the U.S., say Nebraska lagged behind the rest of the country. They say that contracts between packers and hog producers used in Iowa and other states reduce farmers’ exposure to volatile swings in the price of feed and livestock.