Frost & Sullivan Honors PeopleNet For 2014 Company Of The Year

The company offers a range of solutions addressing specific fleet requirements from various industries, while establishing itself as a reliable solution provider in the vehicle telematics market.

Based on its recent analysis of the medium and heavy commercial vehicle telematics market, Frost & Sullivan has recognized PeopleNet, a provider of fleet mobility technology, with the 2014 North America Frost & Sullivan Award for Company of the Year.

Acknowledging the opportunities created by regulations mandating the use of telematics, PeopleNet rolled out a slew of market expansion measures, such as launching the Precision Mobility Platform and expanding its addressable market in the energy services sector. Significantly, it also added off-the-shelf ruggedized devices to its list of handhelds and partnered with original equipment manufacturers (OEMs).

PeopleNet also increased its focus on smaller fleets by renewing agreements with resellers. With over 2,000 customers and an installed base of nearly 250,000 units, the company has had consistent growth over the past five years.

"To avoid overwhelming customers with options, PeopleNet launched its custom reporting capability in 2013, allowing fleet managers to create their own dropdown reporting tools by slicing and dicing the data warehouse and configuring their dashboards,” said Frost & Sullivan Industry Analyst Nandini Tare. "In addition, PeopleNet developed segment-specific workflow tools for drivers, which take them step-by-step through their daily process."

PeopleNet addressed the hours of service change implemented in 2013 by updating its electronic driver log module. This module allows drivers to fax or email their electronic log books to local law enforcement at the touch of a button. PeopleNet also delivers collision avoidance and lane departure information data to on-board event reporting tools, while its energy suite has expanded to include leased-roads mapping, an energy dispatch portal, in-cab scorecards, and driver coaching tools.

PeopleNet continued to extend device compatibility to fixed-mount displays, tablets, and handheld computers. It added five new devices in 2013 across Intermec and Motorola, which strengthened its presence in a company-owned, personally enabled  (COPE) model and gave it greater traction in markets such as food services, transportation and logistics, where portability is paramount. This expansion alone added about 15,000 units in 2013.

"The data and analytics tool VUSION will be used by OEMs to help predict breakdowns and drive prognostics into the life cycle of the truck," noted Tare. "Navistar integrated PeopleNet data and fault codes into its remote diagnostics portal and is working with PeopleNet’s large fleets to drive its value."

Overall, PeopleNet's impressive growth, due to its partnerships, ability to provide analytics, industry expertise and the introduction of industry-specific suites, made PeopleNet deserving of the 2014 North America Frost & Sullivan Company of the Year Award.

Each year, Frost & Sullivan presents this award to the company that has demonstrated excellence in devising a strong growth strategy and robustly implementing it. The recipient has shown strength in terms of innovation in products and technologies, leadership in customer value as well as speed in response to market needs. In short, the award looks at the emerging market players in the industry and recognizes their best practices that are positioned for future growth excellence. 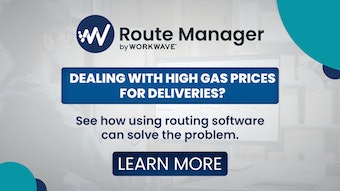