While the Food Marketing Institute (FMI) and the Grocery Manufacturers Association (GMA) applauded the signing, an activist group, FoodDemocracyNow!, said it will challenge the law. 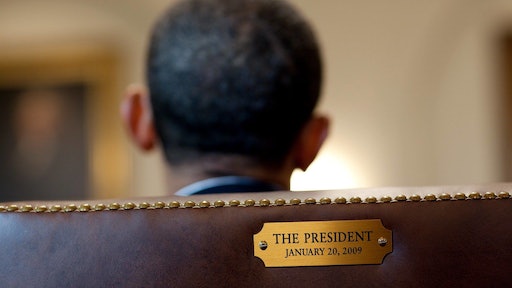 President Obama on Friday signed S. 764 into law, setting in place one national standard for GMO disclosure that brings consistency, certainty and an end to restrictions on interstate commerce facing retailers, manufacturers and customers.

President Obama on Friday signed S. 764 into law, setting in place one national standard for GMO disclosure that brings consistency, certainty and an end to restrictions on interstate commerce facing retailers, manufacturers and customers.

While the Food Marketing Institute (FMI) and the Grocery Manufacturers Association (GMA) applauded the signing, an activist group, FoodDemocracyNow!, said it will challenge the law.

“I am convinced it will help circumvent further consumer confusion on the already misunderstood and complex topic of GMOs,” said Leslie Sarasin, FMI president and CEO.

FoodDemocracyNow! said Obama has written a blank check to Monsanto and Big Food while betraying his 2007 promise while running for the White House. Attorneys for the organization will be mounting a legal challenge in the coming weeks for this law's numerous legal problems including its infringement on the 14th amendment of the Constitution that guarantees "equal protection for all."

Editor's Insight: This law marks a victory for the food industry, as it provides a workable solution to the need to inform consumers about genetically engineered food. The food industry needs to have a way to provide food ingredient information to consumers as biotechnology advances. The new law will preempt the law in Vermont, where certain food products have been taken off of shelves due to the complexity of meeting state-specific labeling rules.

This was not an easy piece of legislation to write, as it required the cooperation of parties that were not united on it.

No one should be surprised that an activist organization, FoodDemocracyNow!, is criticizing the law and threatening legal action to stop it. Their main objection, according to their press release, is that it discriminates against those who can’t afford a smartphone to download the label information. A patchwork of labeling laws that would deny people access to food and cause higher food prices would be fairer to these consumers? 8-1-16 By Elliot Maras