Six panelists, representing several facets of the food and feed supply chain, discussed with House Ag Committee members their take on labeling GMOs and legislation to provide standards for labeling. 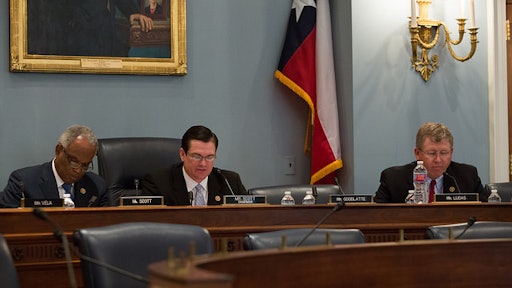 Six panelists, representing several facets of the food and feed supply chain, discussed with House Ag Committee members their take on labeling GMOs and legislation to provide standards for labeling.

Such a bill was tossed around in the previous Congress. Offered by Rep. Mike Pompeo, R-Kan., the Safe and Accurate Food Labeling Act of 2014 would have established voluntary GMO labeling standards, required a federal standard for the term "natural," and would have required Food and Drug Administration approval for genetically modified ingredients before they were brought to market.

While it wasn't approved last year, proponents of the bill felt it could provide consumers with information they desired, without a negative view of products that were made with GM ingredients. Additionally, supporters said voluntary labeling would protect farmers' and manufacturers' ability to select ingredients and products they wanted to use or grow.

In Tuesday's hearing, several panelists were concerned that competing state-by-state bills to mandate labeling may have a trickle-down impact on the economics of their businesses