California's largest utility Pacific Gas & Electric announced that it would be implementing rolling blackouts over the next decade, potentially spoiling Thanksgiving food donations. 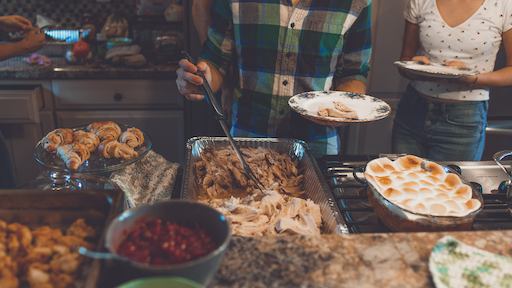 California's largest utility Pacific Gas & Electric announced that it would be implementing rolling blackouts over the next decade to protect the state against wildfires.

Since the blackouts began in September, schools and restaurants have been forced to temporarily close, with more than one million residents resorting to camping in their own homes, according to NBC.

Food banks across Northern California are scrambling for generators to prepare for a potential power shutoff as some have thousands of frozen turkeys and other perishable foods that can't be handed out without power.

Interfaith Food Bank is one of the shelters expecting an outage this year in Amador County is listed as an area that could have their power cut this week. Fortunately, it was able to secure a generator, but its clients may not.

“If we distribute a bunch of stuff that’s frozen or from the refrigerator and cold, what are people going to do with it? Take it home and not have anywhere to put it?”  Executive director Beth Stanton tells Fox 2 Now St. Louis.

Other food banks in the area without generators plan to use refrigerated trucks to keep perishable items cold.

PG&E says high winds could prompt a Public Safety Power Shutoff that could last up to 48 hours. 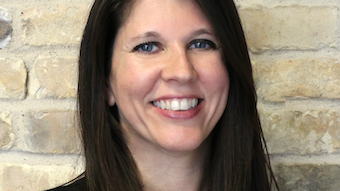 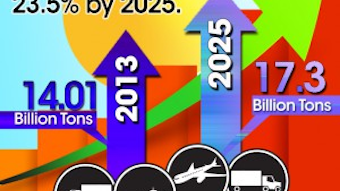 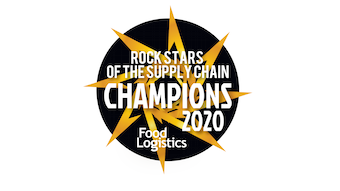 Multi-party networks make recalls more palatable by enabling everyone in the supply chain network to share relevant information in real time and avoid the devastating effects they can have on their customers, brand, and the economy.
December 30, 2019

China will waive import tariffs on certain soybeans and pork shipments from the United States.
December 9, 2019

After a cold, weather harvest season, potato processors are rushing to buy supplies and ship them across North America in order to avoid a french fry shortage.
December 4, 2019

The Trump administration is threatening 100% tariffs on French wine and cheese after the country released a report finding that a new French tax on digital services will affect large American tech companies.
December 3, 2019

Nestle to Label Products Based on Nutrition in UK

Nestle will begin rating its food products according to their nutritional value in the UK.
December 2, 2019

Guide to a Risk-Free Thanksgiving

The USDA gives out a guide on how to have a safe Thanksgiving.
November 27, 2019

There were multiple outbreaks of cyclosporiasis this year, linking to different fresh produce items.
November 26, 2019

The U.S. Department of Commerce has determined that the produce is being sold in the country at a less than fair value.
November 26, 2019

The meat was reportedly seized because it is a "prohibited product made from pork and has the potential for introducing foreign animal diseases to the U.S. pork industry."
November 25, 2019

Bumble Bee Foods has filed for bankruptcy and will sell its assets to Taiwan-based FCF Co. for $925 million.
November 22, 2019

A strike at Canadian National Railway Co. is entering its fourth day, leaving shippers to shift freight onto trucks while other goods are stranded.
November 22, 2019

97,000 Pounds of Salad Recalled Due to E. Coli Contamination

A vegan customer has sued Burger King, alleging the company is contaminating its meatless Impossible Whoppers by cooking them on the same grills as its traditional meat burgers.
November 20, 2019

Dean Foods has filed for bankruptcy protection after several years of struggling to meet sales.
November 18, 2019

China first banned U.S. poultry in January 2015 because of an avian influenza outbreak in December 2014.
November 18, 2019
Follow Us