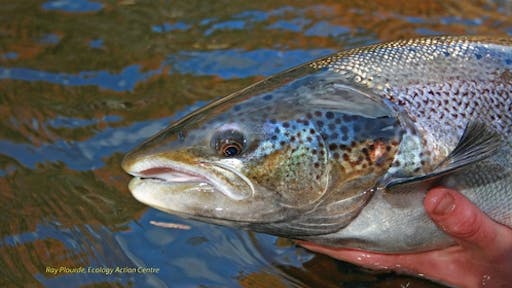 A coalition of environmental, consumer, and commercial and recreational fishing organizations has sued the U.S. Food and Drug Administration (FDA) for approving the first-ever genetically engineered (GE) food animal, an Atlantic salmon engineered to grow quickly. The man-made salmon was created by AquaBounty Technologies, Inc. with DNA from three fish: Atlantic salmon, Pacific king salmon, and Arctic ocean eelpout. This marks the first time any government has approved a GE animal for commercial sale and consumption.

A federal judge ruled that the nation's largest chocolate companies have no duty to disclose that their cocoa suppliers use child slave labor, according to Courthouse News Service.
"There are countless issues that may be legitimately important to many customers, and the courts are not suited to determine which should occupy the limited surface area of a chocolate wrapper," U.S. District Judge Joseph Spero wrote in a pair of identical rulings related to two class actions against Nestle and Hershey. Elaine McCoy sued Nestle and Laura Dana sued Hershey in Sept. 2015, claiming the companies violated California's Consumer Legal Remedies Act and the state's unfair competition and false advertising laws by failing to disclose labor abuses in its supply chain on chocolate wrappers.

United Natural Foods, Inc. has acquired all the outstanding stock of Nor-Cal Produce, Inc. and an affiliated entity as well as certain real estate, in a cash transaction for approximately $68.6 million, subject to certain customary post-closing adjustments. Nor-Cal is a family owned and operated distributor of conventional and organic produce and other fresh products in Northern California, with primary operations located in West Sacramento, Calif.

Antibiotic use in poultry should be minimized through carefully planned and well-executed preventive practices, according to a position statement released by the American Association of Avian Pathologists (AAAP). However, the association added, antibiotics should remain “a viable option when appropriate and necessary for the health and well-being of the animal, even when marketing and consumer preference dictate otherwise.”

The new document, “AAAP White Paper on Poultry Welfare and Careful Antibiotic Use,” expressed concerns over the growing trend for some food retailers and restaurants to only offer poultry products from flocks raised with no antibiotics.